Industry has been producing screwdrivers for a long time, and many people have old models with nickel-cadmium and nickel-metal hydride batteries. Converting a screwdriver to lithium will improve the performance of the device without buying a new tool. Now many companies offer screwdriver battery remodeling services, but you can do it yourself.

Nickel-cadmium batteries have a low price, withstand many charging cycles, are not afraid of low temperatures. But the battery capacity will decrease if you put it on charge without waiting for a full discharge (memory effect).

Lithium-ion batteries have the following advantages:

But the lithium battery for a screwdriver does not withstand full discharge, so the factory tools on such batteries are equipped with additional boards that protect the battery from overheating, short circuit, overcharge in order to avoid explosion, complete discharge. When the microcircuit is installed directly in the battery, the circuit is opened if the unused battery is located separately from the instrument.

There are objective flaws in Li-Ion batteries, such as poor performance at low temperatures. In addition, when converting a screwdriver to lithium 18650 batteries, a number of difficulties can occur:

READ  How To Make An Electric Drill From A Screwdriver

Important! If a drill or screwdriver is cheap and not very high quality, then it is better not to rework. This may be more expensive than the cost of the tool itself. 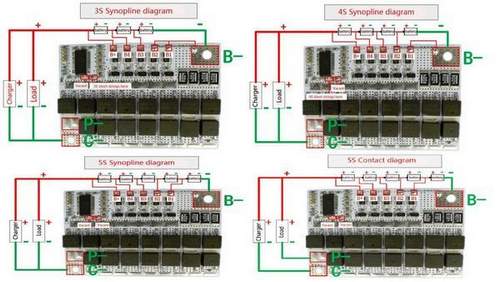 Often, 12 V batteries are used for screwdrivers Factors to consider when choosing a Li-Ion battery for a screwdriver:

Important! Before assembly, it is necessary to produce a full charge of all elements for equalization.

The case is often assembled on self-tapping screws, other options. Using latches or glue. The glued block is the most difficult to disassemble, you have to use a special hammer with a plastic head so as not to damage parts of the case. Everything is deleted from the inside. Only contact plates or the entire terminal assembly can be reapplied for connection to a tool, a charger.

Important! The elements must be connected in series, then the battery voltage is added, and the capacity does not change.

READ  Assembly of the Makita 24 50 Hammer

Then a piece of shrink tubing is put on the battery, but this is not necessary. You can also use heat shrink on the protective microcircuit to isolate it from contact with the batteries, otherwise the sharp protrusions of the solder can damage the shell of the element and provoke a short circuit.

A lithium-ion screwdriver battery cannot function properly without a BMS protection board. Selling items have different parameters. Marking BMS 3S assumes, for example, that the board is designed for 3 elements.

What you need to pay attention to choose the right chip:

Important! The value of the tripping current during overload does not matter much. This value is tuned to the current of the workload. For short-term overloads, even if the tool is turned off, you need to release the start button, and then you can continue to work.

READ  How To Cut A Brick At Home

Connection diagram of elements with a protective board

Whether the controller has an autostart function, it is possible to set by the presence of the entry “Automatic recovery” in the technical data. If there is no such function, then to restart the screwdriver after the protection has been activated, it will be necessary to remove the battery and connect it to the charger.

The lithium-ion screwdriver battery cannot be charged by connecting to a conventional power supply. A charger is used for this. The power supply simply provides a stable charge voltage within the specified limits. And in the charger, the determining parameter is the charge current, which affects the voltage level. Its meaning is limited. In the memory circuit there are nodes responsible for terminating the charge process and other protective functions, for example, shutdown with incorrect polarity.

The simplest memory is a power supply with resistance included in the circuit to reduce the charging current. Sometimes they also connect a timer that works after a specified time period has elapsed. All of these options do not contribute to long battery life.

Suppose there is an old Makita DC9710 charger for charging a 12 V Ni-Cd battery, which has an indication in the form of a green LED that signals the end of the process. The presence of the BMS board will allow you to stop the charge after reaching the specified voltage limits for the element. The green LED will not light up, but the red will simply turn off. The charge is over.

The Makita DC1414 T charger is designed to charge a wide range of rechargeable batteries 7.2-14.4 V. In it, when the protective shutdown is triggered, at the end of the charge, the indication will not work correctly. There is a blinking of red and green light, which also signals the end of the charge.

The cost of replacing the screwdriver’s batteries with lithium-ion batteries depends on the power of the tool, the need to buy a charger, etc. But if the drill screwdriver is in good functional condition, the charger does not require a thorough alteration or replacement, then for a couple of thousand rubles you can get an improved power tool with increased battery life.