How to make a potato planter for a mini tractor with your own hands. design and drawing

Attachments for various agricultural machinery can significantly expand the use of these units in rural areas. The presence of a tiller or mini-tractor (for example, Russian-made) does not mean that you will be able to perform absolutely any tasks on the ground.

For example, mowing lawns or planting potato tubers will not be available to you without the use of additional equipment.

This is a rather painstaking business, therefore, certain knowledge and skills are needed before starting work.

Potato planters themselves can differ in a number of distinctive features and criteria. Consider each gradation separately.

So, potato planters can differ in the type of technological process:

Potato planters can differ in the number of rows:

For more information on the single row potato planter, see

In addition, potato planters can differ in the type of their connection to the driving unit:

Many people ask the question. how to make a potato planter with their own hands, the drawings of which are on the Internet? Indeed, the network has enough recommendations with a detailed description and dimensions, following which, you can make a sufficiently efficient unit.

The algorithm of actions, in this case, will be approximately as follows: 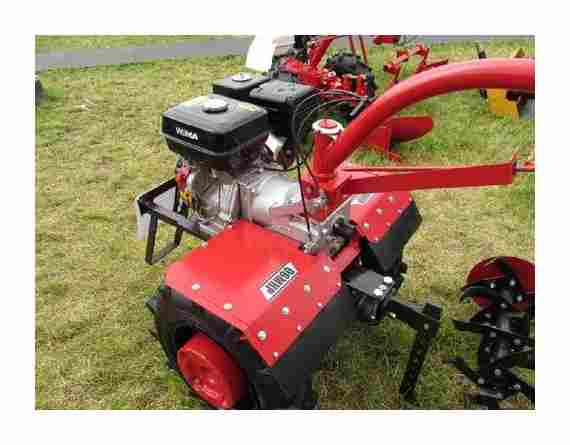 We cut out all sides of the bunker, and then fasten them together with steel corners. By the way, it will not be superfluous to treat the box with linseed oil to protect it from moisture.

READ  How To Start A Tiller Neva

The very frame structure of the seat is made of corners welded together. The seat can be made of ordinary boards, which are covered with something soft. foam rubber, for example.

In principle, the dimensions of a homemade potato planter are approximate, based on a specific case. In any case, this scheme is working, so you can safely design the unit, relying on these parameters.

A home-made potato planter for the T 25 is made in a similar way, because there is no definite value on what will play the role of the main traction. a tiller or a mini tractor. Of course, the power indicators will be different, but the design of the potato planter itself is almost identical.

The potato planter can be made at home, because this does not require the presence of any rare components and special tools. Homemade potato planters, drawings of which can be found freely on the Internet, are made from the following materials:

These are all the components of the design of a homemade potato planter that must be made or taken from old agricultural equipment. Naturally, the work cannot do without a welding machine, an angle grinder, as well as the presence of various channels, spars and other related materials.

READ  How To Make A Chainsaw Tiller

You can also make a fertilizer dispenser for a potato planter with your own hands, with the help of which the simultaneous planting and fertilization of the holes will be carried out. This is a fairly common phenomenon, because when manually planting, a mixture of ash and chicken droppings, or manure, with the addition of phosphorus fertilizers is often used.

Of course, it is not necessary to do this, but additional fertilization will contribute to the early ripening of the crop, which is important in our regions, where the summer is quite short.

You can find out about what a snow blower is for at a summer cottage from this article.

For example, read the article about the Honda snow blower. a description of the model range, the main features, advantages and disadvantages of the models.

And this article contains detailed instructions on how to make a snow blower for a tiller yourself.

Planting potatoes with a planter

Potato planter is an attachment for automating potato planting. As the planter moves around the area to be cultivated, the drive wheel with grounding hooks rotates the elevator belt equipped with pipe trays. In this case, the potatoes, transported by the lift, are thrown with a certain pitch into the furrow formed by the scraper. Fertilizer coming from a special hopper enters the same furrow through a special channel. Two digging discs fill the tuber to form a ridge.

The potato planter is a very useful unit in the farm, even if your vegetable garden is not particularly large, so it is purchased or built by itself, it will greatly facilitate your work.

Specific points when using a planter

Due to the rather impressive weight of the potato planter, it is necessary to mount the ballast weight on the front of the tiller or mini-tractor during its operation. Otherwise, the technique may become unstable.

For the convenience of the operator, it is necessary to equip the unit with footboards, ladders and a seat, or better with an adapter for the tiller.

The frame for the operator’s seat is welded from welded corners, and then the product is given the final look and convenience using boards, foam rubber and leatherette.

The seatpost is attached using corners to the welded spars, after which a convenient footrest is installed for comfortable work of the sower.

The principle of working with technology is quite simple. A sufficient quantity of potatoes is placed in a container for planting material and a tiller or mini-tractor can start moving at a speed of 1 kilometer per hour. This low speed must be maintained throughout the route. The seeder sends the seed pipes into the pipes one potato at a time, the driver keeps the machinery moving. This is how the seed is planted.

Covering the planted potatoes with soil and shaping the ridge of the furrow is the task of the sealing discs, which do an excellent job with it. Falling asleep with soil occurs because the discs are at an angle to the furrow. As they rotate, they shift layers of the earth and fill up potato seeds.

If the filling of the planting material with earth does not occur correctly, then there is always the possibility of adjusting the operation of the discs. You can loosen the ladders, then move the disc stands, in this way their depth is regulated. By turning the stands around the axis, you can change the angle of the discs. There are also four special pins for adjusting the position of the discs in the plane. They can be shifted to the side relative to the rest of the discs.

And one more important point. The potatoes are planted, the furrows are closed, but there are visible traces from the planter wheels on the field, which, although they are made in the form of cylinders of considerable width, nevertheless, nevertheless, compact the earth. In order to remove this defect, cultivation paws were attached to the planter. They loosen the soil after the planter and completely eliminate wheel marks.

The depth of penetration of these shares into the soil can also be adjusted without much difficulty.

DIY potato planter for a tiller

A do-it-yourself potato planter for a tiller is a convenient unit used by summer residents and gardeners.

Such a unit consists of the following components:

Drawing (diagram) of a standard potato planter for a tiller

Made independently, it has a number of advantages and several disadvantages.

The advantages of this unit include:

A motor-cultivator with a capacity of at least 5-6 hp;

For its manufacture, plywood will be required, its thickness should be from 0.8 to 1.2 mm. We cut out the parts according to the template with an electric jigsaw, after that we process the structural elements with linseed oil or other compositions suitable for their properties and assemble them into steel corners. The finished product can be painted with water-resistant paint that withstands weather and mechanical stress. A rubber lining is made inside the hopper to avoid injury to tubers.

After these steps, it is necessary to attach the holder of the loosening arms and the axle for the wheels of the unit to the frame of the future planter using bolts.

The axis consists of a pipe (steel or cast iron), necessarily thick-walled, because it has a very considerable load, spike-shaped inserts or metal trunnions made on the machine and held by pins. After the final assembly of the entire mechanism, the pins must be welded. The wheel axle is fastened using strong steel clamps and the corresponding bolt size.