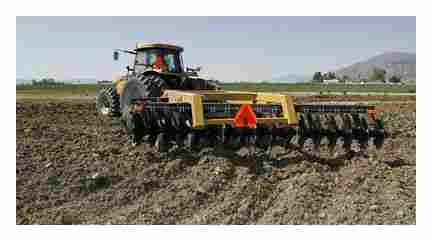 Masters make several types of potato diggers with their own hands. The most popular are fan and screening units. experienced craftsmen make conveyor and drum diggers for potatoes.

Potato rows in fields cultivated with tractors and tillers must be level. There is enough space between the rows for the wheels of agricultural machines to move.

The vibrating screening potato digger (or shaker) is designed to improve the process of harvesting vegetables using a tiller. Suitable for picking a variety of vegetables. Rumbling potato digger for tiller simplifies the work of farmers, speeds up harvesting, reduces the cost of agricultural production.

It is optimal to use a 40 x 40 mm square profile pipe. It is better to take a 4-meter workpiece in rolled metal and divide it into segments of 120 and 80 centimeters. We get four support beams.

Of these, you need to weld a base in the form of a rectangle at a right angle. Its dimensions will be 120 by 80 centimeters.

There are several dozen device models on the market, but there are only two types of them:

Agricultural equipment of this type is produced under different brands, it has several types of fasteners. Before purchasing, it is better to make sure that the device will fit your cultivator model.

In the summer season, prices, of course, can increase.

It is important that the listed models of potato diggers are exactly suitable for the type of attachment to the tillers:

The fan potato digger has several names. It is also called lancet digger and paw. Manufacturers of agricultural machinery call this model “Dolphin” because of the characteristic shape of the plow (share). The unit is simple in design and removes tubers well from the ground.

Digging with a fan digger allows the presence of rare and low weed in the field. Potato tops are mowed before harvesting.

Rules for making each part separately and assembling the entire mechanism.

They are much easier to make on their own, but in our opinion they peel potatoes from the ground just as well.

Their knives are the same as those of the screening ones, and the potatoes are peeled while moving along the conveyor belt. It is clear that the longer it is, the better the potatoes will peel, but long conveyor belts can only be placed on potato diggers used with tractors. On tillers, they will interfere with the person following him.

The conveyor belt drive can be different. If it is taken from the wheels of the digger itself, then they should be with good lugs so that they do not get stuck on wet or very loose ground.

Interesting in this design and rear guides, more compactly stacking potatoes behind the belt.

In this do-it-yourself conveyor potato picker, the tape drive is carried out from the power take-off shaft of a homemade tiller and is transmitted by a motorcycle chain.

To view a picture, click on its thumbnail to the right

In the manufacture of this type of potato digger, the main problem will be the selection of the speed of rotation of the drive gear of the conveyor and its coordination with the revolutions of the power take-off shaft. In this model, the power take-off shaft rotates at a speed of 500. 800 rpm, and the gearbox is taken from a motor boat with a gear ratio of approximately 1: 2. The rest is matched by the size of the stars for an approximate walking speed when digging 2-3 km / h.

And yet, the connection between the speed of the conveyor belt and the wheel speed seems to us to be more expedient.

There are models designed for specific tillers and mini tractors, like this one for mechanisms with a side PTO:

Potato diggers with a rumble

This is the most common type of potato diggers produced by various machine-building plants in Russia and abroad. It has slight design differences, primarily in the design of the screen grate drive. the pallet oscillates during operation, which allows the potatoes to be partially cleared of the ground during the movement of the potato digger.

The knife of such a digger can have different configurations. It can be fixed motionless, or it can be hinged and fluctuate slightly during movement, simplifying the process of digging out tubers. Knife width is 35. 40 cm.

The Spedo Potato Digger for the BCS Tractor

It is this type of potato digger, despite the sufficient difficulty in manufacturing, is made by home craftsmen with their own hands more often than others. We offer rough drawings with the main dimensions of such a potato digger for a tiller.

A large number of joints of moving parts makes this device regularly serviced, but the result of its work is better than that of fan potato diggers:

Potatoes are better cleaned from the ground and located on its surface.

The magnitude and frequency of vibrations of the screen can be different and depends on the design of the drive, but even with minor vibrations, the cleaning proceeds quite well:

The easiest to manufacture, also produced industrially, but most of them require some modifications.

It is immediately clear that they are based on the same hiller, it is he, buried below the level of occurrence of tubers, loosens and unfolds the soil. And here he brings up the dug potatoes. a fan welded to the back of the hiller. Its role is played by metal rods welded at a distance of 3-4 cm from each other, diverging and curved at the top.

The depth of penetration is regulated by thrust wheels, and the transverse bar serves as a support for the legs, standing on which a person, with his own weight, provides the required penetration to the device.

It is this scheme of the fan potato digger that seems to us the most productive. The digging process itself can be seen here:

The following is an exemplary drawing of such a potato digger, containing the main parameters for manufacturing.

You will have to modify the shape, angle of attack and other nuances yourself, taking into account your soil, power and driving characteristics of the tiller on which you plan to install the potato digger, and even potato varieties that form tubers at different depths.

A variety of such a digger without a fan, designed for two people:

This is a rather rare version of equipment for mini-equipment, therefore, it is mostly homemade. Cleaning potatoes from soil in such devices is quite high quality, as well as laying it on the ground, but the design itself is quite controversial, and the tubers are more damaged than when digging with the above potato diggers, and therefore they are worse preserved.

What is simpler in them is a direct rotation drive from the power take-off shaft. Everything else. making the drum, thrust rollers and bearings. is clearly more difficult. The design of the knife does not have any special features, except that it is preferable for it to have a more rounded shape in the back, so that the potatoes are not additionally damaged when they enter the drum.

Potato digger for tiller, types of structures, drawings for making by hand

The main part of the garden areas of Russians is traditionally allotted for potatoes, because among our people it is also called the second loaf. Many have shifted part of the work of growing potatoes onto their shoulders, or rather onto trailed equipment for small mechanization: tillers and mini tractors.

And if planting potatoes is not a lot of work, then hilling, and most importantly, digging up is not an easy task. For hilling and weeding, the hiller supplied with the tillers is most often used, but for digging in its pure form it is not quite suitable. We will figure out what to dig and how to make a potato digger for a tiller with our own hands.

Several designs of potato diggers for tillers and mini tractors are known. Let’s consider them: from the simplest to high-tech.

There are still quite a few of them on sale on the Internet. They are imported mainly from Poland and are converted into mini tractors and tillery.

At the same time, given the higher speed of movement of this technique in comparison with the horse, in addition to reworking the trailed device, a limiter-shield is placed on it from the side onto which the dug potatoes are thrown. Otherwise, it will have to be collected in neighboring areas. A wedge-shaped paw digs in the potatoes, as in fan diggers, and the drive of the device that removes the tubers from the ground is carried out from wheels with lugs. The higher the travel speed, the faster this potato remover rotates.

Dear readers, if you have any questions, ask them using the form below. We will be glad to communicate with you;)