Drain In Bosch Washer Does Not Work

One of the frequent breakdowns of washing machines is when the machine does not squeeze the laundry. The reasons for this malfunction can be quite a lot: starting from the improper use of the washing machine, ending with the breakdown of any node in it. Here we will analyze all the possible causes and try to eliminate them ourselves.

The wrong program is being used.

If you notice that the washing machine does not wring out (which means that at the end of the program you took out very wet laundry from it that requires wringing), then one of the reasons may be that a program is used where spinning is not provided. Such programs may include: wool, silk, gentle washing, etc.

Take the instructions for your washing machine and find a description of the program on which you washed the laundry. If the program does not provide for spinning, then you have no problem. Just next time, choose a different program or do not pull out the laundry, but simply run the spin function separately and look at the result.

Another situation may happen when the program provided for spinning, and the machine still finished the program without squeezing the laundry. Check if you have deactivated the spin before starting the wash.

Both of these problems are not related to equipment breakdowns and can arise due to inattention.

The imbalance or overload of the washing machine

If your washing machine does not have the function of detecting imbalance or overloading of laundry, then during the washing process problems may arise if the laundry is unevenly distributed on the drum or it is too much and it is heavy. 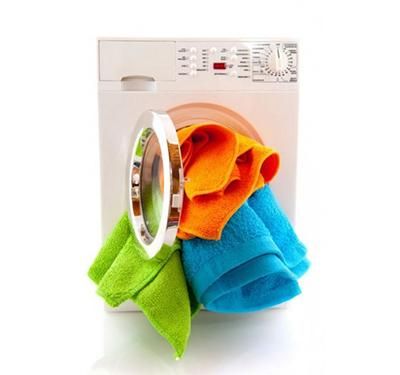 Usually, in such situations, the machine behaves like this: at the moment when the spinning should begin, the machine tries to spin the drum, but it does not work out, and so the attempts are repeated several times. After the washing machine has not wrung out the laundry, it stops the washing program. As a result, you take out wet linen.

If you have just such a situation, then you should not panic. Just remove half of the laundry from the machine, distribute it evenly so that there is no lump, and run the spin function again.

The first thing to do is to unscrew and clean the drain filter of the washing machine. If there are foreign objects inside it, then remove them. If the cause is not the drain valve, you need to check the drain hose for clogging, as well as the drain pipe that goes from the tank to the pump. Eliminate the blockage and check the operability of the machine again.

If you often overload the washing machine with linen, and the situation when the machine is operating at the limit of its capabilities is normal for you, then breakdown of the tachometer is inevitable.

The tachometer is such a device that controls the number of revolutions in the washing machine. Due to its breakdown, the machine may “not know” how quickly the drum rotates and, accordingly, it is incorrect to set the spin speed. Also, the cause of malfunction of the tachometer can be a weakening of its attachment or a violation of the wiring and contacts suitable for the tachometer.

Anyway, you need to check mount: if it is weakened, then you need to tighten it. Also required check wiring and contacts, if necessary, strip and insulate them. If the sensor itself is faulty, then you will have to replace it with a new one.

The tachometer itself at the washing machine is located on the motor shaft, as shown in the figure.

Over time, the brushes wear out in the engine, which can cause it to “weak work”. Accordingly, he cannot develop a sufficient number of revolutions for the normal spin of the laundry. Due to problems with the engine brushes, the washing machine may not squeeze laundry well.

To get to the engine, disassemble the washing machine body. Next, you need to disconnect the wires and belt from the engine, and unscrew it. Having removed the engine, you can check the tachometer and brushes, as well as “ring” the coils. After checking, replace the defective elements with new ones.

The control module is the brain of the washing machine. It is he who controls all the programs, receives signals from sensors and, in accordance with them, “gives orders” to the executing elements. You can hardly verify the module yourself. But, if your washing machine stopped squeezing the laundry, you checked all of the above options for breakdowns and everything is working properly, then there is only one reason. A breakdown of the control module. Unfortunately, fixing such a malfunction is not so cheap. The module itself is quite expensive and it is better to contact a knowledgeable person with such a problem. Call the washing machine repair technician to his home and he will fix the malfunction.

Creaking and knocking in the washing machine during the spin cycle