The ratio of oil to gasoline is the main type of fuel for two-stroke engines. The fuel mixture guarantees the efficient operation of the engine, helps to preserve its moving parts and reduce the number of breakdowns.

Fuel and oil for the preparation of the mixture

Properly preparing the fuel mixture is not always easy. It is necessary to correctly calculate the proportions, mix the liquids and store the finished mixture correctly. Some drivers use their own recipes, adding their “secret” ingredients, among which may even be soda. To prepare the fuel mixture was not a problem, you need to follow a few simple rules and follow the instructions from the manufacturer.

To prepare the mixture using standard gasoline and oil from various manufacturers. What brand of gasoline should be used to prepare the oil fuel mixture? Some mistakenly believe that 80th grade gasoline is best suited, because it has many different additives. This is partly true, but that does not make it better than 92nd and 95th grade gasoline. 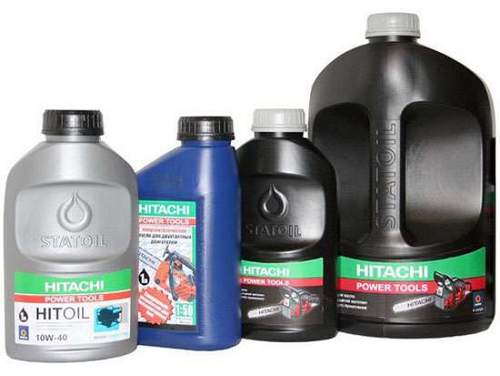 Which oil is best for preparing the mixture? It all depends on the preferences of the driver in a particular manufacturer. The only thing is that it is important to use the oil only for its intended purpose. If the oil is for a tractor or boat, then it is not worth using it for a car.

Rules for the preparation of the fuel mixture

The process of preparing the fuel mixture should begin with a detailed familiarization with the instructions attached to it. As mentioned at the beginning of the article, some drivers, who, in their opinion, have incredible experience, do everything “by eye”. Of course, over time, each driver knows how and what needs to be done, but each mixture has its own differences, so it will never be superfluous to get acquainted with the tips from the manufacturer.

See also  How to Install a Chainsaw Starter Spring

The main rules for the operation of the fuel mixture include:

How to determine the proportions for mixing oil with gasoline? Standard proportions should be indicated on containers with oil. The amount of oil used may vary depending on the manufacturer, but proportions of 1:40 or 1:50 are often used. A slight deviation from this ratio is allowed. This will not entail serious consequences.

Having determined the exact proportions, you need to proceed to the direct preparation of the mixture. How can this be done? For this, various containers are suitable. Important: in no case should you mix fuel with oil directly in the gas tank, pouring one liquid after another in turn. The mixture is always prepared separately and only then it is slowly poured into the gas tank.

See also  Why Does The Chainsaw Start Badly?

For mixing, you can use a variety of devices, among which:

How and in what to store the finished mixture?

Manufacturers recommend storing the fuel mixture in a clean container, preferably in a metal one. In no case should you leave the mixture in direct sunlight, because this will lead not only to the loss of its properties, but also to other very unpleasant consequences. The maximum shelf life of the finished mixture is 30 days.

Depending on the frequency of use of the car, some drivers prepare the mixture once a week, others. Once a month. Of course, not every owner has the time to constantly measure proportions and mix fuel with oil. It is important to remember that the fresher the mixture, the better it is for the engine.

Many people use plastic cans and bottles as containers for storing the mixture. It is convenient and practical. There is always room for a small plastic bottle. However, this should be careful. The fact is that during prolonged storage in a container made of plastic, the fuel mixture can literally “eat” a hole in it. The process of corroding plastic is very fast. Therefore, it is best to use metal containers.

See also  How Much Stihl Oil Per 1 Liter Of Gasoline

Perhaps this is not so convenient, but more reliable. If you still need to use a plastic canister, then remember that you can store the mixture in it for no more than two to three days. Next, you need to transfer it to another container.

Using a contaminated or disproportionate mixture can cause serious engine malfunctions. If you made a mistake when mixing. It’s okay, because the car itself will tell you about it. You need only to be attentive to some signs, among which:

The formation of tarry deposits in the carburetor area.

At the slightest manifestation of one of the signs, it is necessary to make changes to the mixing process, choosing more suitable proportions. Thus, you can choose the perfect fuel mixture and avoid serious irregularities in the engine.

In order to independently prepare the correct fuel mixture, which will ensure the perfect engine performance, it is necessary to use the appropriate fuel, strictly adhere to the proportions specified by the manufacturer, use a suitable container and store the finished mixture for no longer than 30 days. Adhering to these rules, you will prepare the perfect mixture for the engine of your car.