Gasoline to oil ratio for a Husqvarna chainsaw

As an alternative, many people are offered to fill up gasoline of AI95 brand, but the question remains controversial. In theory, the characteristics of such fuel are better, but in practice it is better not to risk and refuel the chainsaw with ordinary, Soviet AI92.

The main nuance is that in A95 additives are added which are individually selected by a fuel producer. In some cases, such additives can negatively affect the operation of a two-stroke engine.

How much gasoline to mix with chain saw oil?

At the heart of any chain saw is a two-stroke combustion engine. Its performance, reliability, and durability depend on the fuel used, as well as regular maintenance.

One of the essential differences between two-stroke internal combustion engines of a chainsaw and four-stroke engines, such as car engines, is the need to add oil directly to the gasoline for a chainsaw in the gas tank, rather than in a separate oil system. It is very important to strictly follow the certain proportions of petrol and oil, otherwise chain saw damage will not be avoided. Strangely enough, but this rule is not observed by all. Many chainsaw owners start experimenting with proportions or don’t pour lubricant at all in order to save money. And as a result, there are serious problems that cost more to fix than just buying a lubricant.

Proportion for the Druzhba chainsaw

The pedigree for the Druzhba chainsaw began in 1953 with the development at the ZMKB “Progress”. Two companies, the Siberian Instrument Manufacturing Plant and the Perm Machine-Building Plant, have been entrusted with the production of the product. The mass production of the mechanized product began, which is still in the trend of the day, as the unit has been systematically modernized.

For engines use fuel with low octane numbers. The unit shows the highest performance when filling the engine with gasoline brands AI-76 and AI-80.

It is recommended to dilute gasoline and oil according to the following algorithm:

Take two clean containers, dried from moisture and marked with a volume. Then dilute the fuel with two-stroke oil in the ratio of 1:50. That is, the fuel is diluted with 20 milligrams of oil.

Practice proves the influence of the quality of the mixture prepared taking into account the necessary proportions on the service life of the tool, power, performance :

20 ml of oil per liter of gasoline. Oil proportion

What is the ratio of gasoline and oil for a chainsaw?

Power units in chainsaws are internal combustion engines, fueled with certain grades of gasoline, diluted with the required portions of oil.

Knowledge and accurate compliance with the composition of combustible mixtures is the key to long-term operation and productive use of small tools and equipment.

AI brand is the main fuel component. Lower or higher than 92 octane is not recommended. Optimal for many types of mechanized sawmills, domestic or foreign made.

The ideal ratio of gasoline to oil for a chainsaw:

The instructions that come with the products you purchase indicate the consumption rates of fuel and lubricating grease. Failure to comply leads to loss of power, premature engine wear. Truth is obtained by research, empirically at home and abroad.

An important step when working with chainsaws is to refuel them. If the proportions were correct, improper mixture preparation can cause more problems. That’s why it is recommended to follow some rules:

See also  How to Flip a Chain From a Chainsaw

These rules will help people who do not know how to dilute gasoline for STIHL chain saw or any other brand.

Peculiarities are associated not only with the creation of the mixture, but also with its further storage. You can not use oil and gasoline, if their contact lasted more than 30 days (storage time). Such actions will lead to engine system failure. In this case, to take advantage of the warranty for repair is not possible, because such a reason is considered as a non-warranty.

If the season when the chainsaw is needed is over, all fuel along with the oil should be removed from the system.

How to Mix Fuel for a Husqvarna Two Stroke Engine Chainsaw

Mainly API-TB oil is used for chainsaws that are widespread in our country. Less often API-TC oils may be used, but only if the manufacturer indicated it on the package. It should also tell you how much oil to add to the gasoline. For saws with lower loads API-TC class is used.

The above oil grades refer to the classification of the American Petroleum Institute. There is also another well-known Japanese company that also specifies power classes of lubricants. In that case it is recommended to use JASO-FB and JASO FD oils in gasoline.

This is due to the fact that in the second case, it is important that the lubricant is completely burned. This can be achieved by using synthetic oil, which emits less smoke and produces less combustion residue. Before diluting the fluid, you should always pay attention to the chainsaw manual, which should specify the types and brands of all consumables that should be used on the device. 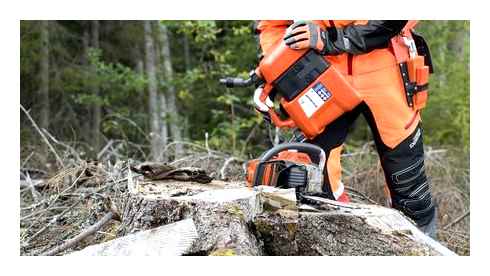 How to fill a chainsaw? See in

What oil to use for chainsaw chain?

Information about what chain oil for a chainsaw is best, you can find in the instruction manual of the model. However, not all owners of garden tools retain a chainsaw instruction manual. In such cases, when choosing an oil, you need to study its characteristics and the main requirements for lubrication.

The first thing you need to pay attention to is the property of chain lubricant to adhere. During the daily operation of the chainsaw at medium to maximum allowable speeds, the chain moves along the bar at a fairly high speed. So the oil that does not have high adhesion will fly off the chain by inertia. As a result, only the top of the chain will be lubricated, while the bottom will be subject to increased friction. 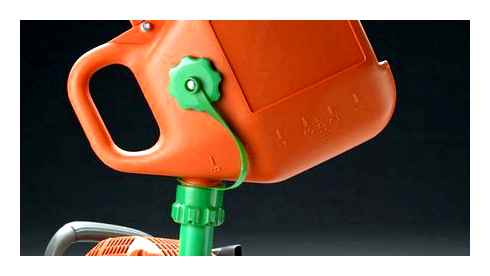 Chainsaw chain oil must meet a number of other requirements.

ForestPlus, SynthPlus and BioPlus are the most commonly used chain lubricants for petrol chain saws. These oils are highly stable, able to work in the most difficult weather conditions and are also corrosion resistant.