How Much Oil To Add To A Chainsaw

The chainsaw engine is the “heart” of the tool, so it is very important to use a properly prepared fuel mixture. 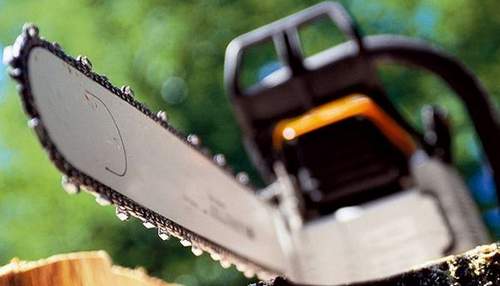 Fuel mixture for a chainsaw It is prepared from two components. Oil and gasoline. Chainsaws are equipped with two-stroke engines, so the oil is not added to the lubrication system (like a four-stroke engine), but directly to gasoline. In this case, it is very important to observe the correct proportions of the ingredients, of course, in no case try to work on clean gasoline, because in this way you will very quickly “kill” the chainsaw.

If we talk about which gasoline to pour into a chainsaw, it will optimally use fuel with an octane rating A-95, in this case, fuel economy can turn out disastrously. Often, European manufacturers indicate that you can use A-90 or A-92 gasoline, but in post-Soviet countries the quality of gasoline is inferior to European, so in our realities it is better to use better gasoline.

As for the most proportions of a benzo-oiled mixture, then everything is simple: you must follow the instructions for the tool. All manufacturers of chainsaws indicate the required ratio in the instruction manual or in the instrument passport, in addition, the proportions for refueling the chainsaw may differ depending on the model of the chainsaw. As a rule, the proportion of oil and gasoline to the chainsaw of famous manufacturers is a ratio of 1:40 or 1:50, which means 1 part of oil for, for example, 40 parts of gasoline. Now arithmetic 1 liter of gasoline = 1000 ml of gasoline, divide by 40 and get 25 ml of oil. If you perform the same steps to the ratio 1:50, then we get 20 ml of oil per 1 liter of gasoline. As for budget-made chainsaws made in China, the situation is slightly different. The ratio of gasoline and oil for chainsaws made in China 1:25, that is, 1000 ml of gasoline divided by 25, we get 40 ml of oil. The thing is that in branded chainsaws a good assembly and the distance between the pistons and cylinders in the engine is much smaller than that of Chinese chainsaws, therefore the required amount of oil differs almost twice.

READ  How to properly adjust a carburetor on a chainsaw

In order to measure the correct portion of oil, use an ordinary medical syringe of sufficient volume.

Another subtlety. In a dry canister for gasoline, first fill in gasoline, and then oil. The procedure, on the contrary, is fraught with a poor quality fuel mixture, because the oil is more dense, sticks to the bottom of the canister. What a good mix.

If the question of how to breed gasoline for a chainsaw figured out, then on storage conditions and shelf life of the fuel mixture It is worth saying a few words. It’s best and easiest to cook a 1-liter gasoline-oil mixture, it is recommended to do this immediately before working with the tool. The fuel tanks of chainsaws have a volume of 0.3 to 1 liter. In domestic use, in one session, the entire volume of the prepared combustible mixture is rarely used, so the remainder can be saved until the next session. It is necessary to store the fuel mixture in a special canister for gasoline, in a dry, dark place. It is optimal to calculate that shelf life of the finished mixture will be 7-10 days. The fact is that the oil currently on the market is not synthetic, but organic, that is, natural. After 10 days, all lubricating properties are lost, gasoline simply “eats” the oil. Naturally, it is no longer possible to use such fuel, this can cause breakdown and failure of the chainsaw.

At the end of the work, it is necessary to drain the fuel mixture, start the chainsaw, the tool will stall (so that the saw has a dry carburetor) and now you can leave it until the next operation session.