How to adjust the carburetor on the tiller. What is the role of a power tiller carburetor?

Many owners of power tillers are faced with malfunctions: the equipment does not start, throttles when the air damper is opened, works irregularly, “shoots” or “gazes”. Especially unfortunate if the failure occurs in the midst of work, when every day roads. In most cases, the cause of erratic engine operation is associated with improper feeding of the combustible mixture. The problem can often be solved by properly adjusting the carburetor of a power tiller. a simple operation that is easy to perform with your own hands and thereby save on paid repairs.

The carburetor is the part of the fuel system in which liquid fuel is mixed with air, the combustible mixture is atomized and fed into the engine cylinders. Whether the fuel-air mix is properly enriched with oxygen and recharged into the cylinders at the right time depends on the correct operation of this assembly. The name comes from the French word carburation (carburation), which means mixing. In the automotive industry, carburetor engines are gradually being superseded by injector engines, but in machinery, including gardening, they are used very widely.

The basic parts of a carburetor are:

The Venturi tube is an orifice through which air enters the engine. Its distinctive feature is the hourglass shape. The narrowest part is the plug (a cylinder in the rotary models and a slide valve in plunger models). Narrowing the air intake increases the air velocity and creates a low pressure zone. The result is faster, more efficient fuel delivery to the engine, and reliable operation at low rpm and idle speed.

The high and low speed needles are spools in which a sharpened needle passes through a “socket”. Fuel flow is regulated by the sharpened tip. The farther the needle goes into the seat, the smaller the gap and therefore the fuel flow.

The carburetor is an integral part of the fuel system

The carburetor works in the following way:

The following types are also distinguished: 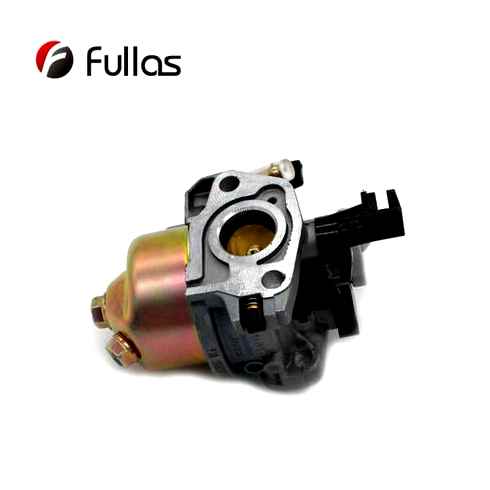 How to adjust the carburetor on different power tillers?

Adjustment and tuning of the metering unit is recommended when the first engine malfunctions appear. The process of adjustment of the carburetor depends on the brand of power tiller.

In general, the process of adjusting the engine speed of Neva motor-blocks involves a sequence of actions: 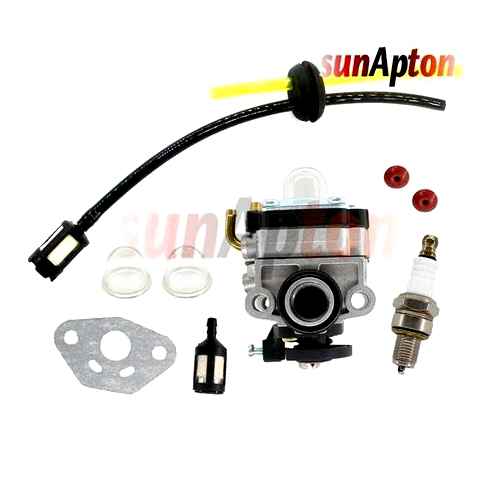 This scheme is suitable for the carburetors K-45, which are installed on the Neva MB-1 and MB-2.

See also  How Much To Pump Wheels On A Tiller

Aggregates of small agricultural machinery from Ufa are also popular with domestic agrarians. They are valued for their high quality components, low price and smooth operation. Powerful engine UMZ-341, working with single-chamber float carburetor K-45R is installed on the “Agro” machines.

The principle of operation of the dosing unit is very simple: when idling, the flow of gasoline is minimal, while in operating mode. the power according to the instructions to maintain the performance of the power tiller. If the engine runs erratically, it is necessary to adjust the carburetor:

An indication of the efficiency of an internal combustion engine will be its stable operation at idling and rpm.

The technique of the Minsk tractor plant is appreciated by the domestic agrarians for its stability in operation. But with time it also can fail. If there are problems in the work of the engine, especially if the unit has been idle for a long time, it is necessary to adjust the carburetor.

The carburetor‘s service life is the same as the engine’s service life. Tuning of this unit and its maintenance can prolong the life of the engine. By adjusting the metering unit you can achieve stable operation of equipment and reduce fuel consumption.

The carburetor for your power tiller. adjustment, cleaning, design

Along with the engine, the carburetor is one of the most important elements of a power block, whose main function is to enrich fuel with air and supply the finished mixture to the engine of the unit.

From time to time the carburetor of an agricultural machine requires adjustment, which will help reduce the amount of fuel consumed and increase the power of the power tiller.

Adjusting the carburetor is not difficult, but before the work, you should prepare and study the sequence of actions when performing this procedure.

The structure of the carburetor of a motor-block. study the mechanism from the inside

The carburetor for a motor-block has a fairly simple design. Nevertheless, it should be studied, as in the future it will allow for timely adjustment and independent repair of the unit.

The structure of the carburetor available in the motor-block consists of the following elements:

Between the float chamber and the mixing chamber is the atomizer, which distributes the gasoline into the mixing chamber. There, the fuel mixes with the air, which in turn enters the carburetor through the inlet.

This is especially necessary when the single-axle tractor is positioned on a slope.

Adjusting the carburetor of a power tiller. a detailed description of the procedure

There are a number of signs that indicate the need to adjust the built-in carburetor of a power tiller.

There can be several reasons for all these malfunctions. These include the use of a power tiller with excessive loads on its mechanisms, as well as long downtime of the machine without practical use. In any case, the timely adjustment of the carburetor of the agricultural machine used will help to solve these problems.

Adjusting the carburetor of the agricultural machine yourself is quite simple. Before adjusting, you need to start the engine and let it run for 5 minutes. After that, it is necessary to directly adjust the carburetor on the motoblock.

The procedure is performed in the following sequence

See also  How To Make Lugs On A Tiller

After performing the adjustment of the carburetor of the motoblock with his own hands it is necessary to check the work of the unit. If the engine is running smoothly and consuming less fuel, then the carburetor adjustment has been done correctly.

How to clean a Moto-Block carburetor. how to clear blockages by yourself?

As a result of intensive use of a power tiller with time a lot of dust and products of fuel mixture evaporation accumulates in its carburetor. This is not good for the efficiency of the mechanism, and in order to correct the situation, you will need to thoroughly clean the carburetor.

This procedure is performed in the following order:

Features of the structure of the carburetor of a power tiller

The single-axle tractor is a powerful mini power unit with additional equipment to perform various functions. It is often based on a gasoline engine, but is less commonly based on a diesel or electric motor. A carburetor is used to ignite the fuel.

The piston moves upward, creating a vacuum. The carburetor begins to absorb air, which travels through the venturi tube. The vacuum created allows fuel to flow from the tank to the engine through the connecting fitting. Fuel then passes around the main needle and through the inlet seat into the venturi tube.

While pushing on the throttle lever, the low speed needle opens the gasoline, after which the flow of fuel is controlled only by the main needle.

In-demand agricultural equipment “Neva”, “Agro”, “Ugra”, “Oka” is in demand due to its configuration. When it comes to the carburetor of the “Neva” K-45 motoblock, it is a reliable device, distinguished by quality and durability. KMB-5 is an older model of the carburetor in “Neva” units. Before buying, it is worth checking this aspect, so as to buy a really professional helper. Powerful motors on motor blocks MTZ (Belarus-09-N) and Neva MB-2 are supported by reliable carburetors capable to withstand heavy loads. On the technique “Kadvi” MB-1, “Cascade” and motocultivator “Pchelka” lightweight carburetor models to optimize the functionality of the engine.

After a long period of idle time, the equipment needs to be prepared for operation. During the idle time condensate might have formed inside the case and metal parts must have oxidized and rusted in some places. Even on the surfaces of brass or copper components often builds up a deposit.

The minimum effort required is disassembly and basic cleaning. But it is better to partially disassemble the part, wash it with gasoline or kerosene, remove the rust, and blow it out with pressurized air.

After these steps you can put everything back on the single axle tractor and start making adjustments.

After a long period of standstill the machine needs to be prepared for operation. Condensation might have built up inside the housing during periods of rest, and the metal parts are bound to have oxidized and begun to rust in places. Even brass or copper parts often have patina on their surfaces.

The minimum actions that need to be done are limited to disassembly and basic cleaning. But it is better to partially disassemble the part, wash it in petrol or kerosene, remove the rust, and blow it out with pressurized air.

After these steps you can put everything back on the single axle tractor and start the adjustment.

See also  How to remove the pulley from the tiller.

Carry out the adjustment of the carburetor of a motoblock Cascade, which is the most important element, namely the KMB 5, is not as difficult as it seems at first glance. The main task when working independently is to make adjustments in accordance with all requirements and instructions. Proceed in a certain order. 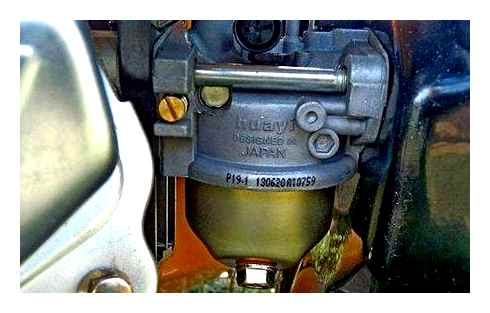 Features of the structure of the carburetor of a motorblock

In the role of a power block is a powerful power unit of small size, which has additional equipment that allows you to perform a variety of functions. At the heart of such a design is based on a gasoline engine. By the way, it can be electric or diesel. The main parts include the carburetor, which performs the function of igniting the fuel.

Monoblocs are often equipped with these types:

The operating process is feasible because of the presence of the piston, the fuel tank, the Venuri tube, the connecting fitting and the needles of the multi-turn.

In this video you will learn how to repair the Cascade engine:

The operation itself proceeds in this way:

Cascade motoblocks with KMB 5 carburetors are considered a lightweight model. It is equipped with this device to optimize the engine functionality. You can learn more about Cascade motoblock and carburetor adjustment KMB 5 on video.

How to adjust the carburetor on different power tillers?

It is recommended to adjust and tune the metering unit when the first irregularities in the engine operation appear. The process of adjusting the carburetor depends on the brand of your power harvester.

In general, the process of adjusting the engine speed of power tillers “Neva” involves a sequence of actions:

This scheme is suitable for the carburetors K-45, which are put on the “Neva” MB-1 and MB-2 models.

The principle of work of the dosing unit is very simple: while idling, the petrol feeding is minimal; while working, it is fed according to the manual to keep the engine in working order. If the engine is unstable, it is necessary to adjust the carburetor:

An indication of the engine good condition is stable engine work at idle and rpm.

The technique of the Minsk tractor plant is appreciated by the home farmers for its stability in operation. However, it can also fail over time. If the engine is malfunctioning, especially if the machine has been idle for a long time, the carburetor has to be adjusted.

The operating time of the carburetor is the same as the engine operating time. Tuning of this assembly and its maintenance allows prolonging life of the engine. By adjusting the dosing assembly you can achieve stable operation of the machine and reduce fuel consumption.