How to Charge a Screwdriver Battery Properly

The screwdriver is one of the most popular tools used by professionals and amateurs. Using power screwdrivers is not always convenient, especially if you are away from 220 V. With the cordless tool, this problem is solved, you can freely move with it without carrying the cord behind you. 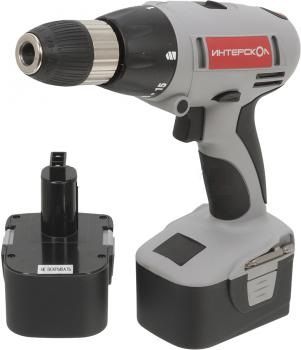 One of the main elements of any cordless tool is the battery, which provides autonomous functioning. But how to properly charge the battery so that it lasts as long as possible? Further in detail in the article.

In order for the battery to last for a long time “like a clock”, you must first familiarize yourself with the instructions that came with the device. It should be noted that screwdrivers differ not only in price, power, manufacturer, but also are divided into professional and semi-professional. Accordingly, batteries will also have different prices, quality and charge capacity. Professional types are equipped with more capacious power sources, which will cost a level more expensive, but will also work longer than ordinary ones. Manufacturers use various batteries in the manufacture of their devices, each of which is endowed with certain parameters and features that should be taken into account during recharging. Batteries for screwdrivers can be classified into the following types:

They are considered the most powerful batteries. They charge quickly enough, and also in them a complete lack of memory effect. Recharging this kind of battery is easy. There is no need to recharge it after a complete discharge, it is allowed to recharge as needed. The high cost and intolerance to low temperatures discourages the desire to buy from many people, so they are not too much in demand. Charge batteries at temperatures between 10 and 40 ° C. If the battery heats up during charging, it must be cooled to avoid further damage.

See also  Can I cut down a tree under a window?

Nickel-cadmium battery is endowed with compact dimensions and large capacity. Following the attached instructions, they can be recharged more than 1000 times. There is a memory effect, if you charge it before a full discharge occurs, this can reduce the energy consumption. Before the first use, it is necessary to charge and discharge the battery at least three times. In the future, it is also recommended to completely discharge and charge the device, this will make it possible to bring the capacity to the required operating state. The same rule applies during tool storage.

Belong to the latest generation of batteries, for this reason, the memory effect is slightly weaker than the previous version, which is an undoubted plus. The defect of the NMGB is the highest self-discharge current. For the battery to function for a long time, it must be kept charged. In case of prolonged non-use of a screwdriver (about a month), it must be fully recharged.

As you can see, each rechargeable battery is endowed with characteristic features, given which, it will be possible to properly charge a screwdriver.

Features of charging this or that kind

The initial charging of a screwdriver is considered a very significant factor, since it depends on it whether the full charge capacity becomes active or not. Any type of battery has its own characteristics of primary recharging. The process of recharging a nickel-cadmium battery is somewhat complicated. Initially, it needs to be recharged three times in a row, and so that the charge capacity remains full.

For the first time, it is recommended that the nickel-metal hydride form be completely discharged and also fully charged. The full charge / discharge circle is repeated 4-5 times, then you can safely charge and discharge the battery, regardless of the full capacity.

See also  Bosch Screwdriver How to Insert a Drill

For lithium-ion special rules do not exist, the capacity remains unchanged for a long time.

Advice! Do not allow overheating of the power source over 50 degrees.

How much time is optimal for charging?

The charging period is usually indicated in the device manual. In most cases, the device has a special indicator that helps you understand how long it takes to recharge. After charging is completed, turn it off so as not to damage the batteries. The average charge for a screwdriver will be from 30 minutes to seven hours. The longest period is Ni-Cd with a voltage of 1.2 V, recharge with a current of 250 mA for approximately seven hours.

Two types of battery chargers for batteries are also distinguished: ordinary and pulse. Non-professional tools most often complete with standard charging, the charge lasts about 3-7 hours. The pulse device is designed for professional models and is able to power the battery for a maximum of 1 hour.

Tip: The Interskol screwdriver is distinguished by its versatility, in addition to the main function, it can also be used as a drill.

Should I charge before long-term storage?

For a long time do not use the battery from a screwdriver? Specialists give the following recommendations.

What to do if the battery does not charge? (2s)

The reason may lie in both deterioration and damage to the device. It often happens that between the terminals of the charger and battery contacts are broken. Then you can disassemble the “charge” and bend the terminals yourself.

As you know, over time, all contacts are oxidized and contaminated, for a screwdriver with a charger. This is no exception. It is usually expressed in a significant reduction in the charge time, as well as the duration of the activity of the power tool. To eliminate oxide, you need to gently wipe the contacts with a special substance or, in extreme cases, with alcohol.

Very often, nickel-cadmium batteries lose their capacity, especially when it comes to unprofessional models. Experienced users prefer to overclock such batteries. First, the battery pack is disassembled and problem areas are detected. Next, they need recharging. It is better to immediately use a higher current than expected, and then discharge again. If the electrolyte still does not disappear in Ni-Cd, the procedure can resume the power supply.

And some experts even use car charging to recharge the battery.