How to convert an electric screwdriver to mains power

A cordless electric screwdriver is a pretty handy tool, but sometimes the advantages of such models turn into disadvantages. When the battery is completely discharged you need to buy a new battery. It can be very expensive, and in some cases it is simply impossible to find a suitable battery, for example, if the model has long been discontinued.

To change the screwdriver to work on the mains is quite realistic. It requires some effort, but in the improved device does not need to reinstall the batteries. 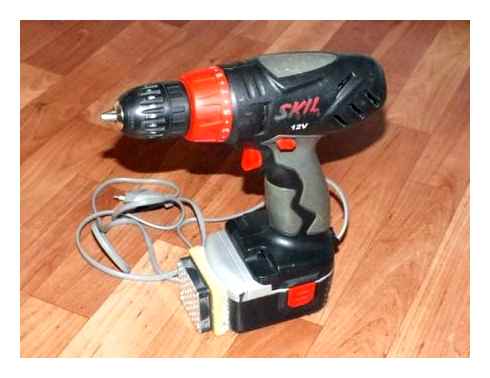 If you remake a cordless electric screwdriver, the torque force in it will always remain the same

Battery-powered machinery periodically runs out of power if left unused for long periods of time. This fact is the problem, as frequent drops in charge in the battery deteriorate the main components. As a result, during the first stages of battery failure the battery keeps holding less and less charge. In such a situation, a complete breakdown of the part cannot be prevented, it is better to either replace it or exchange it for a new one. By the way, the cost of the first and second option will be the same.

Tip: If the user is going to work on hard surfaces, choose units with rotational parameters of at least 20Nm. This is what the Sparky BR2 10 mechanism is like.8Li-C HD.

The second reason to redo the device is the quality of operation. The owners of such devices will easily confirm that the process of torque is sometimes interrupted. Annoying and the fact that the power is not the best level again, partial discharging is to blame. The situation is saved by connecting the device to the mains supply. These are the benefits we get in the end:

See also  What Is An Impact Screwdriver For?

Tip: Good quality equipment has an anti-breakage protection, which is located near the nozzle. The Bosch PSR 1200 and the Bosch GSR 12V-15 have such protection.

Before using an electric screwdriver, every person should familiarize himself with the rules of its operation. There are several recommendations, which should be adhered to:

Another important rule you must follow is to check all the parts regularly. Before working, you should inspect the electric screwdriver to make sure there is no damage.

In pulse units, the input voltage is converted into high-frequency pulses after passing through a rectifier. There is enough circuitry to assemble the device by yourself. You need a background in radio engineering and electronics to build it.

The schematic of a switching-mode power supply for a cordless electric screwdriver is a bridge-type rectifier. In the diagram below there are field analog transistors instead of diodes. The comparator is used for monitoring the work of transistors and comparing the voltage on the capacitor and transformer output. As current flows through the transistor diodes, the rectifier begins to work. This happens at start up when the capacitor in the rectifier receives about 5 volts.

Diagram of an 18 volt switch block

A thermostat can be built into the circuit. It’s for emergency shutdown in case of overheating. It is not necessary to build in a thermostat, but it protects the ballast resistor.

When the capacitor receives a voltage of 10 Volts, the comparator in cell D1 will start. Relay contacts connected by shunts to bypass the ballast resistor. The voltage is supplied from the triac in the T1 cell, which is opened by the comparator when the capacitor is charging. LEDs are built into the circuit, indicating the sounder functionality.

This switched mode PSU is designed for 18 volts, but the voltage is adjustable. To do this, make more or fewer turns of the transformer.

Sequence of actions when assembling the circuit of the switched-mode power supply:

Field effect transistors are synchronized by setting drivers. Do not short-circuit the flanges of the transistors. Mounted with insulation washers.

Does the screwdriver need to be rebuilt

When the battery stops holding a charge, the indispensable mechanical helper becomes a useless tool. It is not profitable to buy another battery, because the cost of the battery can sometimes reach up to 50% of the price of a new tool. Therefore, every thoughtful owner begins to think about the question of converting the screwdriver to mains power.

You can try to restore battery performance, but it will be a temporary solution. It will still discharge quickly in the future. Conversion to power the screwdriver from 220 V with your own hands is the best option to restore the performance of the equipment. What gives such a solution:

The only disadvantage is that it depends on the length of the power cord and the availability of an electrical power supply.

There are several precautions you should familiarize yourself with before using a cordless power tool:

Quite often the owners of cordless screwdrivers are faced with situations where the battery stops working. In such cases, it is necessary to connect the device to the mains. However, before you do that, you need to know how to switch the electric screwdriver to 220V and what you need to do to do this.

Electric screwdrivers use batteries with different voltages and composition. They all have advantages and disadvantages in operation.

As mentioned above, the most popular batteries are nickel-cadmium. Excellent retention in a discharged state and have a reasonable price. The disadvantages are the high rate of self-discharge and low capacity. Such batteries also have a small number of full charge and discharge cycles.

Improved battery models. nickel-metal hydride batteries. Same voltage as the nickel cadmium battery, 1.2V. However, it has a lower self-discharge rate and a reduced memory effect, which allows it to function longer. Significant disadvantage. poor tolerance of sub-zero temperatures. It is not necessary to leave it discharged for a long time.

The most advanced batteries are lithium-ion, with voltages up to 3.6V. Such batteries have no memory effect and practically do not discharge passively. High capacity of the battery allows you to place it compactly in the case, thereby increasing the comfort of use. Number of full charge and discharge cycles is substantially higher than that of previous batteries. Among the disadvantages are the high cost and a decrease in battery capacity after three years of operation.

In these devices cells of different types and voltages are used, each of which has its own advantages and disadvantages.

The most advanced lithium-ion (Li-Ion) 3.6V.