How to Convert Cordless Screwdriver to Lithium

Many screwdriver owners want to remake batteries from them into lithium battery cells. Many articles have been written on this topic and in this material I would like to summarize information on this issue. First of all, we will consider the arguments in favor of remaking a screwdriver on and against lithium batteries. And also consider some aspects of the battery replacement process itself.

Pros and cons of reworking a lithium cell screwdriver battery

First you need to think about whether I need this alteration? After all, it will be a frank “self-propelled gun” and in some cases can lead to failure of both the battery and the screwdriver itself. Therefore, let’s take a look at the pros and cons of this procedure. It is possible that after this some of you will decide to abandon the alteration of the Ni─Cd battery for a screwdriver on lithium cells. 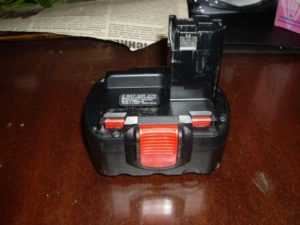 Let’s start with the benefits:

Now about the shortcomings and difficulties of lithium batteries.

READ  How to convert a 220 screwdriver

Replacing lithium batteries in a screwdriver

What do you need to estimate before starting work?

It is necessary to determine the number of elements in the battery, which ultimately decides the voltage value. For three elements, the ceiling will be 12.6, and for four ─ 16.8 volts. We are talking about reworking widespread batteries with a nominal value of 14.4 volts. It is better to choose 4 elements, since during operation the voltage will quickly sink to 14.8. The difference in several volts will not affect the work of the screwdriver.

Video: How to Convert Cordless Screwdriver to Lithium

In addition, more lithium cells will provide more capacity. This means a longer working time for the screwdriver.

The nominal voltage of lithium cells is 3.6–3.7 volts, and the capacity in most cases is 2000–3000 mAh. If the battery case allows, you can take not 4, but 8 elements. Connect them in two into 4 parallel assemblies, and then connect them in series. As a result, you can increase the battery capacity. But not every case will be able to pack 8 cans of 18650.

And the last preparatory stage is the choice of the controller. According to its characteristics, it must correspond to the rated voltage and discharge current. That is, if you decide to collect a 14.4 volt battery, then choose a controller with this voltage. The working discharge current is usually chosen to be half as much as the maximum permissible current.

READ  How to check cans on a screwdriver battery

We have established above that the maximum permissible short-time discharge current for lithium cells is 25–30 amperes. So, the charge-discharge controller should be designed for 12-15 amperes. Then the protection will be triggered when the current increases to 25-30 amperes. Do not forget about the dimensions of the protection board. It, together with the elements, will need to be placed in the battery case of the screwdriver.

Well, then comes the assembly process itself. First disassemble the battery case. If this is a 14.4 volt model, then inside there will be 12 nickel cadmium batteries with a nominal value of 1.2 volts.

After that, you need to solder the purchased items into an assembly with a serial connection. Next, the controller is soldered to it in accordance with its scheme. In this case, balancing points are connected. The board has a special connector for them, and often wires with a connector are supplied.

After assembling the battery, the plus and minus conclusions are soldered, and the entire structure is placed in the case. In principle, the process is over. Problems can only occur with the charger. But in most cases, regular charging for screwdrivers charge lithium cells without problems. In this case, the charge of the cans goes through the controller, so nothing wrong with the elements themselves will not happen.

Also reworked a 14.4v screwdriver on Li-ionAlso took a ready-made controller from the Chinese, but another. The indicator did on TL431, on them (TL431), in principle, and the balancer can be done.

READ  How to Pick Up a Screwdriver Bits

You write it is better to use 4 batteries, since the voltage quickly drops to 14.8v, I agree, but the words that we will increase the volume by this are not true, when connected in series, the capacity does not change, and the capacity of one battery is equal, the capacity increases when parallel connection.

Dilyaver, and here you are only partially right. The fact is that the capacity in mAh will remain the same, this is a fact, but. The capacity in watts will increase.

In this review, more crap than real advice (and thes from YouTube chose the same gundosy, empty). Such an example is remembered. The controller in China (according to their replicas) costs like a new lithium battery !? But where and when did it happen. About ten minutes ago, the aliexpress looked at the specialist. Heaped up, see the one that I need for 18 V. With delivery from 1.8 to 3-4-6 dollars, and this is the same with a temperature sensor and soldered wires!

Good afternoon! Please give advice on what kind of BMS controller you need for a screwdriver 18v, 1.2 A. Thank you in advance.

Hello! Please give a link to the 14v charging module for 4 batteries, as you describe in your. Could not find.

Hello! My question is: if the protective board to the batteries is unbalanced, do I need to connect the intermediate wires? I have 3S, I connected from the first battery minus to 0v, and from the last plus to 12.6v. Load and charge on other terminals (.). But on 3.7v and 7.4v did not connect anything. Shurik twisted it a couple of times, turned off while holding the cartridge, and no longer turns it. It seems to charge everything, but with a multimeter on. The connectors show 7.6v, but the batteries themselves have 12.6v. Tell me, what’s wrong there?

The controller believes that the banks are dead, you need to connect the intermediate banks, and do not consider yourself smarter than the developers!