How to Deliver Ignition From a Chainsaw 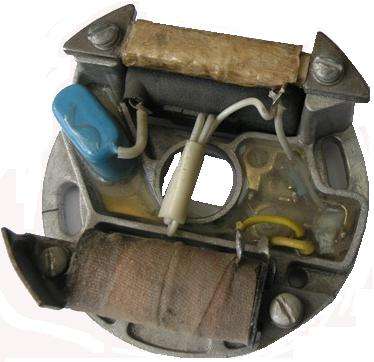 The chainsaw ignition system is a whole complex of elements with which a spark appears when the engine starts. It is needed in order to set fire to fuel and bring the engine into a state of full-fledged long-term operation. The main element of the ignition system is the spark plug, which must be ignited whenever the engine is in the right cycle. And although the system is reliable and thoughtful, sometimes it needs to be repaired, so the user needs to know how his chainsaw is arranged, and also what he can do to repair its ignition system.

How is the ignition of a chainsaw

The ignition system of modern chainsaws

Previously, the ignition systems were rather unreliable, but now they are being improved. So, in their control system there are elements that regulate the momentum depending on what speed of the saw. Due to this, the engine works more efficiently, which increases the overall efficiency of the tool. In addition, such elements are important because it is easier to start the saw with them.

An equally important fact is the reliability of modern systems. If earlier the ignition failed very often, now all its components are so durable and of high quality that they rarely need to be repaired.

So, the modern chainsaw ignition system is a flywheel magneto, a spark plug, a wire and a button to turn off the ignition. Distinguish between contact and non-contact magnetos. The device of the first is quite simple: permanent magnets (installed in the flywheel rim), ignition coil, capacitor and chopper. The coil, in turn, includes the core, as well as the primary and secondary windings of the transformer. Another important element is the spark plug. Its design is as follows: central and side electrodes, insulator, external casing.

Using the handwheel magnets, a magnetic field crosses the coil. Due to this, if the contacts in the primary winding are closed, a weak current is generated. Accordingly, when the contacts are open, there is no magnetic field and an EMF is induced in the secondary winding. Due to this, a high voltage current is generated, which is supplied to the candle and gives a spark for igniting the fuel. At this point, the piston is almost near top dead center (4 mm below it).

Engines of Ural-Electron 2 T or Druzhba chainsaws, as well as Taiga-214-Electron chainsaws have a slightly different ignition system. So, there are used

How to Deliver Ignition From a Chainsaw

Electronic magneto contactless type. That is, they do not have a contact mechanical chopper.

What does it mean? Induced current is generated by a high voltage transformer. At the same time, its primary winding has a series connection with the thyristor through a charging winding, a capacitor diode, and also a control winding. Due to such a complex system, current flows through the thyristor only when a certain electric potential comes to it.

As soon as the thyristor is open, the capacitor is discharged to ground. When a current with a large pulse passes through the primary winding, the secondary creates a large inductive voltage, which causes a spark in the candle. That is, due to the thyristor and the control winding, the contactless chopper operates, which has high reliability, since it has no wearing parts.

See also  What chain oil for a chainsaw chain.

Ignition diagram of the Friendship chainsaw

Having roughly understood how the ignition system of chainsaws of Chinese or domestic production works, you can already figure out what problems there may be with this mechanism and how to eliminate them.

Most often, a breakdown occurs due to a spark plug. It is worth checking if the insulator is damaged or the electrode is worn out. Check the entire candle for integrity and the absence of defects. This is the integrity of the wires from the coil, and the presence of insulating material, etc.

Next, check the spark plug wires. Often they can lie in such a way that there are many bends. In those places, the wire may be damaged, while at the same time it looks perfect. Next, inspect the spark plug cap. It should not have a brown coating. If there is one, this means that the spark does not fire in the right place, but in all parts near the ceramic insulator. The cap may also have damage. Cracks, chips. The check must be carried out carefully, because due to a damaged insulation layer, it is possible to get an electric shock.

A frequent failure of the ignition system is a malfunction of the toggle switch. To test it, disconnect the wires from the module and check the saw’s performance. If there is a spark, it’s the switch.

Problems with the ignition modules (coils) of chain saws

The switch and the ignition module, which regulates its operation, can often fail. The coil may also be faulty. If all the elements of the ignition system are working and there is no spark, the module and coil are suspected. And the problem of the malfunction of these elements is that you can not repair the module or fix part of the coil. They need to be replaced. Of course, if possible, it is better to put the module from some old saw and understand whether it is in it. After all, you can simply make a mistake at some stage and suspect what actually works.

Do not trust all kinds of testers. They often show false information about the health of the ignition system. Only diagnostics with another module or coil will be reliable.

If the electronic module is bad, there is such a sign: as soon as the chainsaw heats up, a very weak spark is supplied. Also, after refueling, the unit may not start. This is due to the fact that the coil or module is very hot, their resistance increases, so the spark weakens.

If there are breakdowns in the ignition system, but there is no experience in repairing them, do not try to repair everything yourself. Elementary things, such as checking the integrity of a candle or wires, can be carried out at home, but more complicated diagnostics, and even more so the replacement of units, must be carried out by professionals. And then you can be sure of the quality of the work performed.

about the chainsaw ignition device. What components it consists of, for which this or that is necessary.

The next talks about how to replace the ignition on a modern chainsaw. This tutorial is suitable for almost all chainsaws. Of course, there may be nuances, but the general meaning is the same.