How to Disassemble a Gasoline Trimmer. Malfunctions And Their Resolving

How to disassemble a gas trimmer. Malfunctions and their elimination

Electric and petrol trimmers have typical breakdowns and malfunctions. For devices powered by an internal combustion engine, these are:

With simple problems, you can repair the trimmer yourself.

Why the trimmer does not start

The most common reason that the unit does not start is the use of low-quality fuel. The choice of grades of gasoline below AI-92 may damage the lawn mower. If you use high-quality fuel, you need to look for other reasons. To do this, carefully check all nodes and systems. Validated:

The device may not start after a long period of inactivity. Before you turn on the trimmer, you need to read the operating instructions well. The solution to many problems is indicated in it.

If it stalls when you press the gas

There are several reasons why the trimmer stalls when you press the gas:

In order to avoid the described problems with the lawn mower, you need to carefully monitor the condition of the device and its blocks. Timely cleaning, washing of the unit and spare parts can increase its life.

The most difficult breakdown of the starter happens when the rope breaks and winds it around the flywheel of a running engine. As a result, the spring may burst and the pulley will break. In this case, only a complete replacement of the spare part will help. Such a breakdown is rare. Often:

In this case, it is easy to repair the starter yourself. The manufacturer has prepared step-by-step instructions for this.

Care of the lawn mowing gear consists in timely lubrication of the unit. Failure to do so can result in quick gear wear and gear unit jamming.

The main malfunctions of the trimmer gearbox:

Most gearbox problems are caused by bearing failure.

This happens due to the use of poor quality grease or its complete absence. Another reason for the failure of the gearbox is the operation of the trimmer at the limit of its capabilities and the ingress of foreign objects. To replace a defective bearing, disassemble the gearbox.

Each trimmer block has specific problems. In the mechanical part, they depend on the availability of fishing line used as a cutting element. Reasons for termination of work:

You can identify problems with the electrical part of the electric braid using special tools:

To fix the problems you need a blowtorch.

Damage to the electrical part:

The proper operation of the engine and lawn mowers as a whole is influenced by a huge number of factors that are usually related. If you are unable to determine the malfunction, contact a trusted service center.

I would like to note that before proceeding with disassembly and serious repair, you should check basic supplies. These “little things” often affect the work and, perhaps, repairing the trimmer will cost, so to speak, “little blood.”

Fuel filter. No pollution, mechanical damage, good throughput. Periodic replacement according to the maintenance schedule in the operating instructions

Air filter. No sawdust or dirt. Periodic cleaning in soapy water and high pressure purging. Replacing the air element according to the operating instructions

Let’s get acquainted with other possible malfunctions:

1. Air leaks into the engine

It is worth noting that many owners confuse air leaks with carburetor malfunctions. Symptoms of air suction in the engine. A strong overspeed, both short-term and constant. Or the scythe simply refuses to start.

The main causes of air leaks on the Chinese trimmer:

Actually, it is possible to understand what exactly from this list caused air leaks on a gas mower only by a detailed inspection. To unscrew, remove and suffer in any case, so then in order.

One of the main reasons for air leakage into the engine are crankshaft oil seals. In general, this problem is the most common on Chinese trimmers and, in some cases, oil seals begin to pass air in the first year of service. The blame for the poor-quality rubber products of such mowers, well, and no one canceled the natural wear and tear.

Glands of different sizes are installed on both sides of the crankshaft (12227mm small and 15307mm large). On oil seals, you can safely sin if he begins to “snotty.” Another indicator of their malfunction is floating speed when working on a “hot” one. Next, we consider in detail the replacement process.

Replacing the seal of the Chinese trimmer on the starter side:

We unscrew the spark plug, block the movement of the piston with a stopper. Remove the starter (p.31). Turn off the starter ratchet with a 13mm head (p. 35). Traces of the gas mixture on the oil seal indicate its necessary replacement. Using a thin flat-head screwdriver (with an awl, or any similar object that is at hand), we remove the old oil seal (item 36), pry it with a screwdriver on the crankshaft side and remove it.

Before installation, apply a small amount of oil to the inner surface of the new oil seal (you can use the oil that we use to prepare the gas mixture)

We purge and degrease the seat under the oil seal, evenly install a new oil seal.

Replacing the gasoline trimmer gland on the flywheel side:

We unscrew the spark plug, block the movement of the piston with a stopper.

Unscrew the flywheel nut (p. 52) (p. 51), but not to the end. Not a strong blow to the nut “knock it off the crankshaft.” Unscrew the nut, remove the flywheel and key. We examine the surface of the gland. Traces of moisture, or wet contamination, scuffs and other damage on it are a signal to replace it.

With a thin flat screwdriver (with an awl, or with any similar object that is at hand), we remove the old oil seal (item 50), pry it with a screwdriver on the crankshaft side and remove it.

Before installation, apply a small amount of oil to the inner surface of the new oil seal (you can use the oil that we use to prepare the gas mixture).

Replacing gaskets and carburetor adapter on the Chinese trimmer:

Another cause of air leakage may be the carburetor adapter.

How to thread fishing line into the trimmer coil?

Guaranteed production of a factory trimmer refueling will inevitably require fishing line replacement. I bought a mower earlier. It is necessary to disassemble and do as expected. And then with krn 2.1. Having a very indicative idea of ​​how to put fishing line into the reel of the trimmer without the help of others, newcomers take up this matter without hunting.

How to remove the coil from the trimmer, disassemble it, change the fishing line and set it back? But with some abilities, mastering this simple science does not present any difficulties, and the similar annotation presented below will greatly facilitate this process.

First, to wind the line, you need to remove the reel (bobbin, spool) from the trimmer. Certain actions will depend on the difficulty of configuration and the type of product itself:

Lawn mowers are a popular seasonal tool designed to remove unnecessary vegetation in the house area. Like any other equipment, these devices periodically break down. Repairing the trimmer ignition coil is one of the most common problems encountered with gasoline braids. The ignition system itself is designed similarly on two- and four-stroke ICEs, so the elimination of breakdown is performed almost the same for tools from different manufacturers, whether it be Lux, Huter, Husqvarna or another brand. Ways to restore the efficiency of the ignition coil or replace it with a new one are in the material below.

Magneto. Design and concept of work

The purpose of the ignition coil is the conversion of rotational energy into a high voltage discharge and the formation of a spark igniting the fuel mixture. In an internal combustion engine, this part is called magneto, since in it an alternating current is generated from the rotation of a constant magnetic rotor or armature.

Magneto constructively consists of two windings: high and low voltage. A capacitor with breaker contacts is connected in parallel to the latter. Whereas the findings of the high voltage winding are connected to the candle and the housing. Both of them are wound on a core, between the poles of which a rotating magnet is installed, magnetized longitudinally.

On a note! The whole design looks like a large coil mounted on a U-shaped core.

How to disassemble a nose trimmer. Trimmer: purpose, device and principle of operation

The nose trimmer is a personal care appliance. It is a small-sized device designed to cut hair in the nose and ears, as well as to trim the eyebrows. The ease of use of such a machine makes it easy to trim not only eyebrows, but also whiskey, and cut the contour of the hairstyle on the neck and behind the ears.

A nose trimmer can cut hair not only in the nasal cavity, but also in the ears, as well as trim eyebrows and a hairstyle on the temples and neck

Externally, the trimmer resembles a conventional hair clipper, which is used in hairdressers or beauty salons. But it has smaller dimensions and a more rounded shape with an elongated narrow nose, in which the blades are placed. The nose can be located on the axis of the device or under a slope.

The trimmer nose can be aligned with the tool axis or at a slope.

How it works and works

The machine for cutting hair in the nose has a very simple design, consisting of the following parts and assemblies: 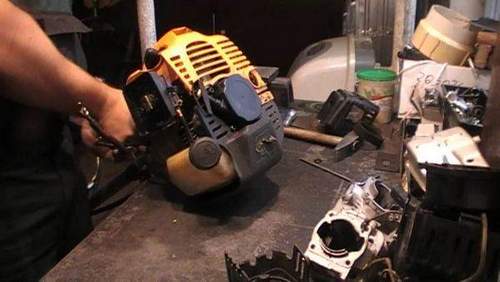 Enclosures with a battery compartment or a power cord connector, as well as a protective cap;

The nose and ear trimmer consists of a housing in which the battery compartment, the power button and the engine are located

Located inside the motor housing;

The microelectric motor is located in the nose of the trimmer, and nozzles with blades are mounted on its shaft

A working head with knives, mounted directly on the shaft of an electric motor, it can be stationary, or removable, if the device is multifunctional, and involves the use of nozzles of a different shape;

The blades in the working head are positioned so that they cannot injure the nasal cavity or auricle.

Removable nozzles in the form of a comb for a stationary head, or equipped with knives;

With the help of a special comb attachment installed on the nose of the trimmer, you can cut the eyebrows to their desired length. Each nozzle is designed for a specific hair length