How to Insert a Drill into a Makita Hammer

With the advent of reinforced concrete structures, not a single internal or external repair is complete without a perforator. On the market, the range of such devices is represented by a wide variety. However, the basic mechanisms work approximately the same. This statement is true primarily for the process of reinstalling drills.

Using a punch, you can make a hole in almost any material. This device is most often used when working with concrete, brick and metal, less often. With wood. 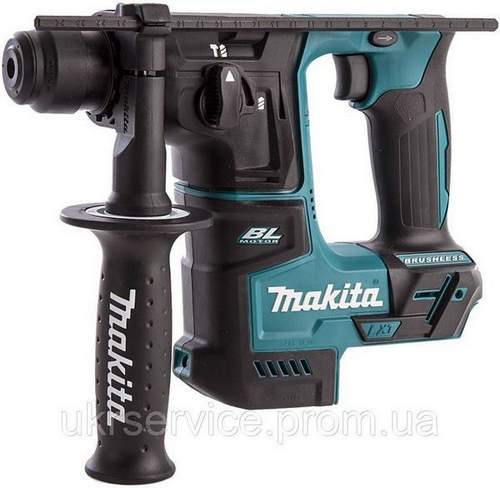 A variety of materials involves several modes of operation and a large number of nozzles:

The main difference is their purpose.

Drill bits require drilling punching with high-strength materials. At the same time, the punch performs not only drilling, but also shock or vibrating actions. Drills make neat holes in the surfaces of the required depth and diameter. Crowns are used for drilling large diameter holes. For example, under the outlet. The installation of a chisel or blade implies the operation of the tool as a jackhammer.

A significant difference is the type of attachment, which for all nozzles, except for drills, is suitable exclusively for a hammer drill, as it has a landing tail, attachments in the form of grooves for this tool.

But to fix a conventional drill from a drill in a punch is also possible. This requires an adapter called a removable cartridge. This device is of two types:

The name of the species itself determines the type of clamping mechanism of the drill. The cam clamp is driven by a special key, which is inserted into the thread on the outer perimeter and rotated. In this case, the collet mechanism installed inside the cartridge is compressed or expanded, depending on the direction of movement of the key.

Keyless type is actuated by a small effort of the hand. When the chuck is pressed in a downward direction, a hole for the drill opens.

How to insert a drill

There is also a quick-clamping mechanism on the punch itself. Reliable fastening of the drill in it is ensured by fixing with the help of special balls, which, when closed, fit tightly into the grooves on the bottom of the drill.

In order to fix the necessary nozzle, whether it is a drill or a crown, it is necessary:

If the balls have not entered the grooves and the nozzle is staggering, it is necessary to turn it until the structure is completely closed.

And in order to insert the drill into the perforator using an adapter, a removable chuck is first fixed, which has a base with grooves for the tool at the base. Then install the drill directly. To pull out a drill or drill, you must perform all the above steps again.

Here I want to note that any manipulation of installing and removing a drill or other nozzles is preceded by a check of the working condition of the perforator mechanism. For this, the unit must be connected to the network and, having set the required operating mode, press the start button. If the unit does not emit unusual sounds and at the same time does not feel extraneous odors of burning or burnt plastic, then the tool is ready to work.

See also  How to Dress a Drill on a Hammer

If the nozzle is stuck

Like any tool, a hammer drill of even the highest quality can jam. When performing work, this becomes a problem that has several options and causes.

Firstly, when the drill stuck in a removable chuck, and secondly, if the nozzle stuck in the punch itself.

When the problem is in the tool clamp itself or the removable head, it is enough to simply pour a little liquid like WD-40 into the chuck and wait a bit. The composition will relax the grip of the clamping device and the drill can be easily obtained.

The cause of the malfunction also happens in the poor quality of the drill itself. If a cheaper and softer metal alloy was used in the manufacture, the nozzle can damage the hammer during operation.

There are several ways to fix this problem. The first thing to try is to hold the drill in a vice and, holding the tool in your hands, loosen the nozzle and pull it towards you. If the deformation is not very serious, then the nozzle can be pulled out.

The second option provides a double fixation vise. A perforator on one side, and a drill on the other. Then they take a small hammer and hit the drill in the direction of exit from the clamp. With this operation, you can use the WD-40.

See also  Why The Hammer Drill Stopped Hammering But Drills

When no method helps, you can try to remove the cartridge parts and turn the drill in the opposite direction by about 90 degrees. However, this technique can completely ruin the details of the clamping device.

But if this option did not work, it is better not to try to disassemble the device. It is better to give such a puncher to the workshop to competent specialists.

It should be noted that in order to minimize the possibility of such breakdowns, it is better to choose high-quality nozzles from leading brands. As a rule, such investments pay off with a long tool life.

The nozzle can get stuck not only in the mechanism of the unit, but also in the wall during operation. In this case, you can try to free the drill or drill by turning on the device a reverse stroke (reverse).

If this method does not work, then the nozzle is released from the clamp, another is inserted, and, having drilled a wall around the stuck tip, they are taken out. If the drill bit breaks during operation, then its remnants are removed from the clamp, and a piece stuck in the wall is drilled or simply cut with a grinder at the same level with the working surface.