How to Remove Frameless Bosch Wipers 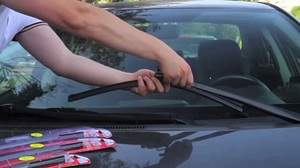 The windshield wipers in the car (popularly referred to as “wipers”) are consumables that will eventually require replacement. Despite the fact that this part is hardly noticeable and has no special external data, it performs one of the main functions in bad weather conditions.

The presence of good wipers in the car gives confidence while driving, even when traveling in snow or rain. If this part needs replacement, then you can do it yourself without contacting the auto center. It is only necessary to adhere to certain rules clearly.

The process and method of replacing wipers is identical on all cars and is not at all complicated. Wiper Replacement Instructions:

Manufacturers of car wipers without carcasses went in different ways. The release of the “janitors” with special fasteners for certain brands of cars. So do the companies “BOSCH” and “Valeo”.

The advantages of this method is the closure of the fasteners, you can also take into account the curvature of the windshield of certain brands of cars. The disadvantages include a wide selection of modifications, which makes their choice more difficult, and the cost is higher.

Wiper Release with universal fasteners. The advantage is the great versatility of the “wipers” and the ease of choice for any car. The disadvantage is poor aerodynamics, in comparison with special fasteners and the difficulty of installation.

How to remove frameless wipers

On many current cars, frameless wipers are installed, consisting of a plate for pressing, a tape for cleaning and a lever.

On various brands of cars the wipers mounts are different. One of the easy ways to remove the brushes: put the guide along with the wiper perpendicular to the glass, rotate it 90 ° and remove the rubber brush from the base, which holds it with a pin.

There are modifications to the wipers, which are not easy to remove. You need to put the “janitor” perpendicularly, bend the two tabs that are inside the wiper, and at the same time remove the rubber in the direction of the rocker arm.

If the car owner performs the wiper change himself, without unnecessary help, then to verify the installation, we recommend several times to carry out installation and dismantling of the “wipers”.

If you cannot replace the wipers yourself, then it is best ask for help to a specialized center, to professionals.

In winter, when the windshield is covered with ice or snow, before replacing the wipers need to clean it with a scraper. Otherwise, you can damage the rubber on the brush and the wiper mechanism when they are turned on. Turn on the heater of the wind window and direct a stream of warm air on the rubber brushes so that they freeze.