How to Repair a Carburetor Stihl 180 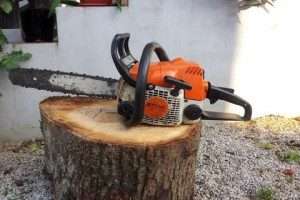 The Stihl 180 chainsaw is a universal garden tool that is widely used on a personal plot. So, it is used for cutting firewood, pruning trees and other green spaces.

The Stihl 180 chainsaw enjoys no less popularity both in construction and in farming. It is very convenient and easy to operate. It also has a low cost, which makes it more affordable for the population.

Unfortunately, no matter how high-quality the instrument is, it breaks sooner or later. The cause of this may be wear or damage to parts as a result of frequent use.

Some malfunctions can be fixed at home. But, in order to repair the chainsaw with your own hands, you need to know the structure of the tool, as well as the most frequent breakdowns and how to fix them.

Stihl 180 chainsaws often damage the oil system. Such a malfunction can be determined by the dryness of the working circuit or the presence of leakage.

During inspection and repair of the oil system, the filter must also be cleaned. Often its pollution leads to poor oil passage.

If there is an oil leak, this means that the system is leaky. This primarily concerns the hose and oil channels. Most often, such malfunctions occur as a result of mechanical damage to system elements.

The process of removing and cleaning the air filter

If as a result of the inspection a violation of the integrity of the hose was determined, then it is replaced. If the damage is minor, then they can be hidden with sealant. This radical way will reduce the cost of repairs.

If, as a result of pressure on the gas, the chainsaw starts to stall, then the problem is in the carburetor. Also, a prolonged start of the chainsaw and the inability to set speed may become a symptom of a carburetor malfunction.

How to Repair a Carburetor Stihl 180

Most often, such a malfunction occurs as a result of wear of the rubber cuff, which is placed on the piston of the fuel accelerator. As a result of this, when starting the tool, air leaks. Basically, such a breakdown occurs after several years of operation of the chainsaw.

The elimination of this malfunction is carried out in the following sequence:

Now it is known how to eliminate a common carburetor malfunction. Observing all the rules, you can easily do these jobs with your own hands.

The following article describes how to repair the Partner 350 chainsaw.

If the tool does not start, then the problem may be hidden in the trigger or in the ignition system. In the event that the starting device is working properly, it is necessary to carefully inspect the candle. It needs to be unscrewed and carefully inspected.

Particular attention should be paid to electrodes on which plaque can accumulate. If there is a red-brown coating on the electrodes, this indicates serious malfunctions of the entire starting system. So, the cause of the malfunction may lie in the carburetor.

If the ignition system works fine, but the tool does not work properly, then the problem may be associated with an excess of air-fuel mixture. Here you need to adjust the carburetor and clean the jets.

If during the inspection a deposit was found on a candle, this means that the tool works on low-quality gasoline. Also, the cause may be a malfunctioning carburetor.

To solve this problem, you need to perform the following steps:

It is worth noting that the carburetor is a rather complex unit. Therefore, if there is a need for its repair, it is better to turn to specialists for help.

And in this article you can learn how to make a manual garden drill.

With this information, you can repair a Stihl 180 chainsaw at home. Of course, you need to consider that more serious malfunctions are best eliminated in service centers.