How To Wind The Line On The Trimmer

The trimmer is an excellent modern device designed for mowing unnecessary grass, and its main advantage is that you can use this technique in places where a regular lawn mower will simply not be able to get because of its massiveness. It is necessary to understand in more detail what kind of trimmers are, and how to choose the best option for a particular summer cottage.

The basis of this equipment is the following elements: 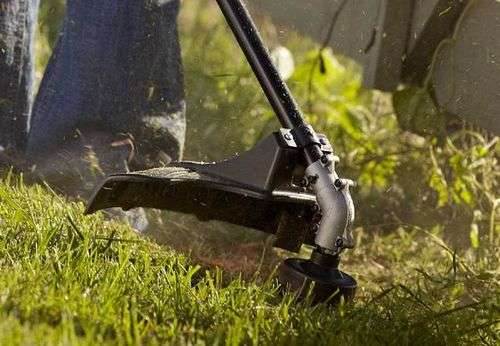 An electric apparatus is inferior in power to a gasoline one, so it is ideal for working on a standard plot of land that adjoins a house with an electric energy source. The main positive aspects of this technique are the absence of noise during operation, light weight, ease of operation and, of course, environmental friendliness.

As for gas trimmers, such equipment, of course, is more mobile, so it can be safely transported from place to place and get rid of annoying vegetation in any area. It is not necessary to use electric energy at all, which has a positive effect on the functionality of such an apparatus. The cutting nozzles can be changed while working with the most diverse weeds of their type.

One of the most common attachments is fishing line, so you should dwell on this element in more detail.

Types of fishing line for trimmers

As a rule, the separation of fishing line is based on a different diameter of the samples, which can vary from 1.2 to 4 mm. The most commonly used material is with a thickness of 2 mm, but in no case should we forget that the choice should depend primarily on the trimmer model.

Here there is one main rule: the more power the device has, the thicker the fishing line should be.

This element can also differ in the type of its section. So, it can have a round (suitable for cutting simple grass) or square (for mowing a soft green cover) shape, sharp edges (tall grass) or it can be equipped with notches that are ideal for thin-diameter grass.

Do not forget that with the help of a fishing line it is allowed to mow exclusively grass, and for other, rougher vegetation, knives must be used.

Next, you should consider in more detail the process of how to insert the fishing line into the trimmer correctly. Indeed, it is with this procedure that many consumers often have difficulties.

How to fill the line in the trimmer?

Any machine for mowing vegetation is necessarily equipped with a coil, which, in turn, may already differ for different models with a filing system (automatic, semi-automatic and manual). It is from this parameter that it is worth starting from before deciding how to fill the line into the trimmer.

In order to fill the fishing line into the trimmer, it is necessary to take at least 5 meters of material, which is then folded in half. The center of the cutting element must be inserted in a place specially designed for this, and then, using the visual tips on the reel that indicate the direction, the cutting device should be wound. At the end of all work, the cover, of course, will need to be tightened.

One of the main rules when replacing and adjusting equipment is that any manipulations with the mechanism should be carried out exclusively with the engine turned off and the plug of the device disconnected from the network.

Perhaps these tips will tell you how to fill the line into the trimmer as correctly as possible and, accordingly, give your site a neat and aesthetic appearance. All that is required is to correctly select the type of cutting material necessary for the type and, of course, determine the category of the most used trimmer.