Stihl Does Not Start Candle Dry

Almost all the power drives of chainsaw equipment manufactured in recent years are equipped with easy-start and electronic ignition systems, decompressors and booster pumps. When asked why a chainsaw does not start up with such a rich tooling, service specialists do not give an unambiguous answer.

Depending on the class and purpose, household and professional models are equipped with carburetor power units similar in design, operating on high-octane automobile gasoline with a small admixture of engine oil for two-stroke engines. 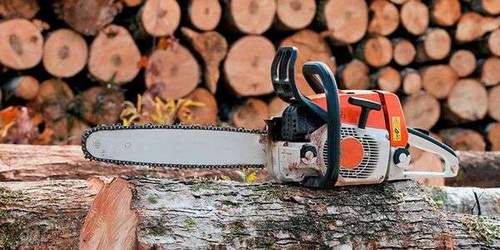 The working volume of chainsaw engines varies from 26 to 60 cm3, power ranging from 1 to 6-plus hp. A characteristic feature of chainsaw drives is maximum compactness, convenient maintenance, and access to tuning points. The standard resource of budget models is 1,500 hours, branded. than 2,000.

Features of the return of chainsaw

Defective new chainsaw, to be exchanged at the place of purchase for 14 days. After this time, warranty obligations come into force, allowing you to fix the malfunction of the tool in the service center free of charge.

Limitations on self-tuning a guarantee instrument

Even with an easy-start system, a new, non-run-in technique is relatively tight. It is not recommended to disassemble the manual starter before the end of the warranty period and repair.

Due to the higher quality of materials and factory assembly, problems with the launch of branded models are much less. However, the recommendations in this article may prove useful to owners of medium and high class chainsaws.

The information received will tell you the direction of solving the problem when the Chinese chainsaw does not start. Almost all Chinese chainsaw imports are developed on the basis of European models, so the design and operational differences are insignificant.

Possible causes of a problem start

In most cases, the following occurs:

Most often, the chainsaw does not start up cold or starts up poorly after prolonged storage, refueling with substandard fuel, and the presence of a large gap in the electrodes of the spark plug.

In the private sector, the peak of operational failures falls after winter and late autumn, after the completion of intensive work on the preparation and sawing of fuel wood.

There are full-fledged algorithms developed in the process of long-term use for finding the most characteristic failures and malfunctions. Ways to troubleshoot startup problems require a specific sequence of testing the fuel system and ignition. What to do first?

Mechanical seizure of the piston or crank mechanism

This malfunction occurs due to a stuck piston in the cylinder or destruction of the crankshaft bearing. This happens when the engine overheats or runs for a long time on clean gasoline.

In the first case, it is recommended to cool the power unit, and then pour a few drops of engine oil into the spark plug hole. The engine in most cases manages to wedge, but the consequence of this incident may be the appearance of scoring on the piston. The tack is not reflected on the chrome surface of the cylinder mirror.

Stihl Does Not Start Candle Dry

If the measures taken do not give the proper result, the saw is subject to repair in a specialized workshop.

Checking the flow of the combustible mixture and the ignition system

First of all, make sure that there is fuel in the carburetor’s float chamber. After several attempts to start the engine, an inverted dry candle will tell you that the reason for a poor start is the lack of a combustible mixture.

To clean the volume of the cylinder, it is necessary to make several energetic jerks with a starter when the candle is removed and the ignition is off. In the absence of a new, obviously working candle, it is necessary to dry thoroughly and check for an old spark. Warming it up on an open fire is not desirable, since it is likely that cracking the insulator and its complete failure will occur.

To check spark formation, the candle with the cap on should be attached to the saw body and cranked up with a starter. A working candle gives out a strong discharge, accompanied by a characteristic crack.

A small, red-tinted spark indicates a malfunction of the ignition unit, a high-voltage current lead, or an internal resistor of a standard candlestick.

Pro recommendations for control of the working mixture

If the performed verification does not give the proper result, we proceed to the ignition test. An inverted wet candle indicates an excess of fuel and a lack of air, a mixture that, when launched, fills the candle in such a proportion, even a powerful spark cannot ignite.

A wide range of operational adjustments is used to derive the quality and quantity of the air-gasoline mixture to the optimum parameter. Leakage of fuel in old chainsaws may be due to leaks in the fuel supply valve and carburetor float valve.

In standard situations, after a brief purge of the cylinder with the candle removed or the decompressor turned on, normal start is fully restored.

The consequences of exploitation on rich and poor mix

Confirmation of the normal, in a ratio of 16: 1, quality of the air-fuel mixture is the brown color of the insulator and the absence of traces of soot.

The cause of a problem start may be an air cleaner filter clogged with sawdust. If the engine starts with the air intake removed, special attention should be paid to cleaning the filter. A large amount of carbon in the muffler is reflected in the power and traction of the power unit, but the engine should start without much effort.

Checking the tightness of the carburetor connection to the body

When the threaded fasteners are loosened, air leaks are formed, which leads to depletion of the gas-air mixture and, accordingly, to a deterioration in its performance.

To replace a damaged gasket, it is recommended to use a repair kit, if it is not available, it is possible to make a gasket from a benzo-oil-resistant material identical in thickness.

Flushing the carburetor and checking the condition of the jets

If during the work performed a stable start is not established, we look for a malfunction in the carburetor. In the absence of proper experience, disassembly should be entrusted to an experienced specialist.

The reason for the difficult start may be, in addition to the previously mentioned air leak:

Serious malfunctions that block the standard start-up, such as air leakage through worn-out stuffing box seals of the crankshaft shanks, a change in the ignition angle, due to the lack of an appropriate tool and technological equipment, are eliminated in the conditions of repair shops.

Fuel with an oil component can be stored in metal containers for no more than one month. The old gasoline-oil mixture is prone to the formation of coking resinous deposits that limit the mobility of the piston rings.

Water enters the fuel system not only with gasoline, but also with large temperature differences is formed in the form of condensate on the inner walls of the carburetor.

The presence of water in the fuel is manifested by white smoke from the muffler, interruptions in the engine, its complete stop when ice is formed in the system.