What does a cordless electric screwdriver consist of. Ribbon machines

The device of an electric screwdriver 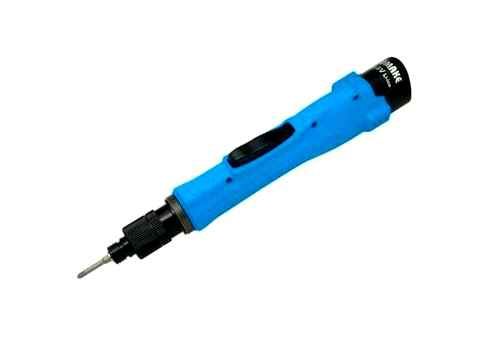 a quick-action chuck that secures the various bits; it is presented as a cage, a clamping sleeve and movable jaws.

The battery for an electric screwdriver consists of:

We talked about the structure of the cordless electric screwdriver. You can also watch a video, which clearly demonstrates all the structural elements. In the following article you will learn how this tool works.

Not all the parameters of a professional tool will be needed for domestic use. However, the price of a household screwdriver is much lower. 15 Nm of torque is enough to tighten a screw, bolt or nut. Professional models have a torque up to 130 Nm. Only professional cordless screwdrivers are used if drilling in hard material is necessary.

Another distinguishing parameter is the rotational speed of the electric motor shaft. Professional electric screwdrivers have a motor speed of 1200 rpm, while household screwdrivers are capable of 500 rpm.

Cordless screwdrivers have many advantages:

Electro-mechanical qualities of the tool

When you buy a power tool you should know the type of gearbox and drive it has.

The speed transmission mechanism is under a great deal of strain during operation. So ask your salesperson about what material the gears are made of. The type of material is decisive for the life span and the function of the machine.

It is easy to guess that the life of plastic gears is much lower. It is better to give preference to a machine with a metal gearbox.

In the budget models of devices the traditional, time-tested electric collector motors with electric brushes are used. Despite the fact that these motors are sufficiently reliable, they have one drawback: when the electric brushes come into contact with the lamellae of the collector, friction forces are inevitably created, as a result of which thermal energy is released, and the motor quickly warms up. expensive screwdriver models have a brushless drive without the above drawbacks. The absence of a friction section multiplies the performance of the unit.

The tests showed that if you take two wrenches with identical characteristics and identical batteries but with different drives, the brushless model would last 3 times longer than its collector model.

Classification of electric mains screwdrivers according to performance area

This versatile and compact power tool can also be classified according to its uses. Consider two options for corded screwdrivers, which can easily be purchased at a specialized store or order in an online store:

Household devices are purchased for private use in the home. Such models, as a rule, are characterized by a democratic cost and are quite simple. There are practically no additional functions in this case, as the products must perform simple work with long time intervals between them.

Handheld electric drills, screwdrivers of household type are characterized by low motor power. Specialists categorically do not recommend subjecting such a device to prolonged use. Despite all the disadvantages of the device, its cost is fully consistent with the functionality. If you follow the operating rules, then such a device will last quite a long time.

Drill-drivers are classified into professional and household

Professional models are used by masters in various areas of the construction sphere. They are used to perform work that requires high power. These devices are resistant to overheating. Another advantage of these models is considered to be their long service life, but professional screwdrivers require special care.

To choose the model that is appropriate for your application, it is advisable to study the characteristics of the individual impact wrenches. Reviews left on profile forums also contribute to the purchase of a reliable device.

There are also special compact units, which have minimal power. It is enough to perform simple operations. They can be used in both domestic and professional construction.

The electric wrench is switched on by pressing the electric button on the handle of the wrench. This pushbutton is combined with a voltage regulator. different amount of voltage is applied to the motor with different pressures, which is ensured by a broadband voltage regulator. The directional lever is also located in the button setting area. This switch enables the polarity to be reversed, thus allowing reverse rotation. The motor is started via a sufficiently powerful transistor, the opening process of which is controlled by a PWM oscillator.

The electrical signal is fed directly to the motor rotor through the collector. Use graphite brushes of a suitable size for the electrical contact.

Both cordless and cordless models require periodic maintenance and constant care. Together with proper storage and lack of overloading, these factors will extend the life of the wrench.

The quality of care is as follows:

Following these care instructions does not take much time, but will significantly prolong the life of the product.

Before using your new electric screwdriver it is advisable to first read the manufacturer’s instructions for use. It already specifies the design features of the model, its technical characteristics, the appropriate area of application, maintenance intervals, recommendations for transportation and storage. The safety rules that must be followed are also necessarily given.

If while working with the tool there is a smell of melting plastic or insulation, smoke, uncharacteristic noise, excessive vibration, it is worth immediately stopping its operation.

When the product is under warranty service, it is better to take it to the service. Otherwise you can try to repair it yourself.

The principle of operation of an electric screwdriver

In one of our previous articles we told you how a cordless electric screwdriver is constructed. But many people wonder what is the circuit diagram of an electric screwdriver? We decided to continue our review and talk about how it works. The article will be useful when repairing devices of this type, as well as when using the tool.

The principle of operation of an electric screwdriver is as follows: when the battery is connected and the on/off switch is pressed, the circuit is closed. In this way the LED and the DC motor are powered. The motor drives the planetary gearbox, which in turn transmits the torque to the shaft, to which the chuck is screwed. 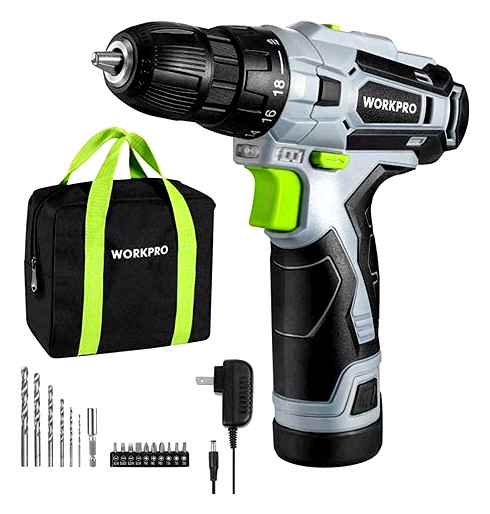 Let’s see below how one or another function of an electric screwdriver is achieved. The speed is regulated by the force of the push button and controls the speed regulator unit through a variable resistor.

Reversal is achieved by means of a change-over contact, which reverses the polarity of the voltage supplied to the electric motor and reverses its direction of rotation.

When the chuck is turned under load, there comes a moment when more force is needed to do the job, such as the last stage of screwing in a screw or when it is necessary to limit the force. The torque regulator (ratchet) is activated. Regulator spring force is insufficient to retain the crown gear and it will “break free” from the balls and start to rotate in the opposite direction to motor armature rotation. This action audibly clicks. In addition, due to insufficient grip, the shaft stops until there is no resistance.

When the electric screwdriver is switched to drilling mode, the spring is tightened as much as possible and pressure is exerted on the washer, which presses the cylinders and balls so that stage 3 of the crown gear is blocked and rotation is prevented.

Speed shifting is ensured due to mechanical effect on the shift knuckle, which in its turn acts on the second stage transitional crown gear of the planetary gearbox. In the first position, it is fixed in the gearbox housing by projections on its outer side, so the rotation speed transmitted by the sun gear of the first stage driver is gradually reduced in the second and third stages, and then transmitted to the chuck.

Now you know how a cordless electric screwdriver works. We recommend watching the video at the beginning of the article, which clearly shows the principle of operation of this device.

As with all power tools, the battery is the weakest part of an electric screwdriver. They can be of the following types:

NiCd batteries were developed in the middle of the last century, but they are still in use today because of two main advantages. Firstly, they have a large possible number of charge-discharge cycles (up to 1,000), allowing them to be used for 20 years, and secondly, is the ability to withstand large temperature fluctuations without deteriorating their technical characteristics.

Disadvantages that limit their use on a larger scale include:

NiMh batteries have been available since the 1970s as a modification of nickel-cadmium batteries, and in comparison they are much lighter, more environmentally friendly, and less critical of the requirement to use batteries until fully discharged. But frequent recharging also has a negative effect on their capacity. Unfortunately, all these achievements have come at the expense of reduced service life and the inability to use batteries at sub-zero temperatures.

Li-ion batteries began to be mass-produced by Sony in the 90s and became widespread due to their light weight, high capacity and non-criticality to the requirements of recharging the battery to complete discharge. These advantages of Li-ion batteries are particularly well suited to the requirements of professional self-contained power tools, including screwdrivers, which are used continuously by craftsmen throughout their work shift.

Screwdrivers are designed for screws, screws or self-tapping screws in series. They are most often made with the possibility of mains power supply, which suggests their predominant use for indoor work. The drill bit is not designed with a drill bit attachment, but with a hexagonal drill bit holder. The big difference between cordless screwdrivers and cordless combination drills lies in their technical parameters, principally their rotational speed. The network-powered models have a considerably higher speed, providing an advantage when working with damaged or difficult fasteners. High rotational speed is rather a disadvantage when drilling holes, especially since there is no speed limitation in this kind of tool. Oversized devices are also a nuisance and make them unprofitable for drilling.

Cordless screwdrivers are becoming increasingly popular, especially with professional builders. The battery-powered tools are almost completely universally usable and can be used for a wide range of applications. Cordless professional tools with the drilling function are compact and lightweight, and do not depend on a power supply of the site. Certain models have an impact drilling function that makes it easy to work on brick and even concrete surfaces. To select the hardness of the material to be worked with, impact drills are equipped with an adjustment ring. To quickly switch between drilling in different hard materials, the producers equip the tools with stepless spindle speed adjustment. Increased torque at low speeds or increased speeds are provided by a two- or three-speed gearbox. Professional drills are also equipped with battery charge level indicators.

There are also varieties of screwdrivers, called cordless screwdrivers and wrenches, used to perform delicate tasks: assembly of household appliances, repairing phones, car repairs. These devices are only suitable for highly specialized work and are not used for drilling.