What to do if the electric screwdriver does not unscrew?. Clamping jaws stuck

Using a hand drill, some people encounter problems with extracting the bit from the chuck. In intensive work, the cams can press against the replacement part with great force and even jam, so that it is difficult to turn the chuck even with a special wrench. The reverse problem, when the electric screwdriver does not clamp the bit, occurs less frequently and is characterized by a faulty attachment. About what to do if the bit is not fixed properly, further. 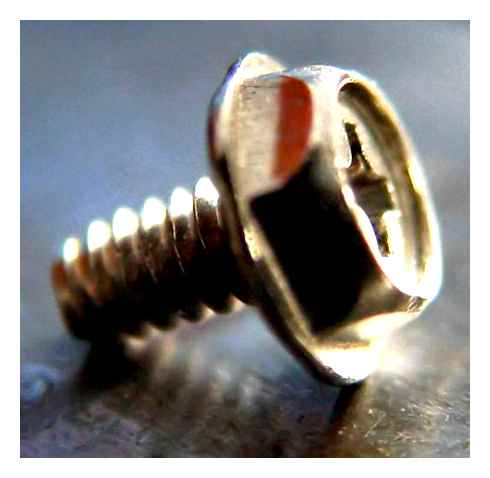 the reason of incorrect operation of the fixing mechanism when the electric screwdriver does not properly clamp the bit, can be caused by wear of one or several of its elements.

There are teeth on the outside of the cams that engage with the swivel gear and move upward on the tapered guide when screwed in, clamping the drill shank. If the teeth on the jaws or pinion are worn down, the contact pressure is no longer sufficient to hold the bit securely.

There is a variant when the cams do not fully converge, but up to a certain diameter can provide the necessary amount of clamping. A temporary solution is possible. A wire (the best material is copper) is coiled on the bit shank, increasing the diameter and thus tightening the improvised construction.

This is an extreme measure that allows to use the tool only in case of extreme necessity.

There are two types of chucks. quick-action and cam-action. The first thing you need to prepare tools for removal (screwdrivers, hexes of the right size, some heavy object of small size, puncher). It is necessary to observe safety measures. to wear glasses in order to protect your eyes from small elements that can fly off during the work. Then begins the dismantling process itself.

You must find out what type of chuck is used in each particular power tool (with Morse taper, with thread or with thread with an additional fixation screw). This can be identified by the inscription. For example, “1. 6 V10” refers to the Morse taper, in the Russian manufacture “1.0. 10” and for foreign brands “2. 13″ mm ½. 20 UNF”, here the dimensions are written in inches.

The cone-type chuck can be removed without much effort. It is only necessary to hit it lightly with a hammer and be extremely careful when doing so.

How to insert the bit correctly into an electric screwdriver?

In order to secure the nozzle in the tool with a key chuck. It is inserted into the socket and rotated clockwise until it is completely fastened. To make sure that everything was done correctly, first switch the electric screwdriver on in idle mode. Check for accuracy in setting the direction of rotation, it must coincide with the tightening of the screw.

When removing the bit, the tool is reversed

How to remove a chuck from an electric screwdriver

The method of removal also depends on the types of attachment:

The marking on the tool will help determine the type of attachment.

Important! Do not remove the chuck immediately after working with the electric tool. It must be cool. 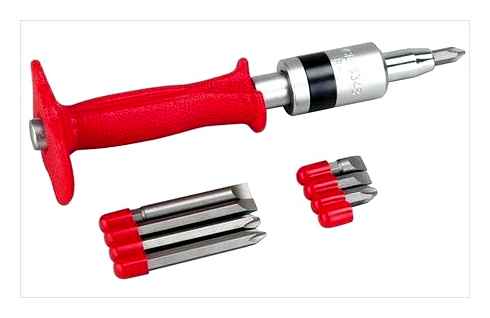 Use an allen key to remove the unit with the retaining screw. How and in which direction to unscrew:

You may attempt to remove the tool head by simply holding the hand. To do this, after removing the screw, clamp the cartridge with your hand and with the low speed switch, make a jerk to the left. Sometimes this is enough.

With a Morse taper type fastener, you just need to hit the chuck with a hammer in the direction of the base of the bit and it will come off.

If these methods do not work, you must disassemble the power tool. Then take out the shaft with the gear and chuck and use the pipe wrench to remove the cylinder in question.

The chuck is the fixture where the drill bit is fixed. Typically, standard drills are equipped with its cam type.

Cases where the screwdriver fastener jams:

in rare cases jamming of jaws occurs during their free running when unclamping or squeezing. in most cases it is caused by debris, swarf, scale and other particles caught under the shaped part of one of the jaws.

Ways of fastening the bit holder

Bit holders are connected to the tool by means of :

Some manufacturers in their models as an additional connection put a fixing screw.

On the electric screwdriver itself, you can see a mark that indicates the fixing method used. The inscription on the surface 1-6 B10, indicates the presence of a tapered connection. 1-6 is the diameter of the shank in mm, 10 is the taper. A 10 mm Allen wrench is needed to remove it.

When threaded, the chuck is labeled 1.0-11 М121.25. The two initial digits indicate the diameter of the drill shank. The digits after the letter stand for the thread size. On foreign-supplied devices, the marks are in inches. Therefore, they may differ from the above.

How to remove a jammed bit from an electric screwdriver

An electric screwdriver is one of the most popular tools for both professional and home work. The chuck is subjected to the most severe loads, so malfunctions can occur. The question of what to do if the bit is jammed in an electric screwdriver, how to pull out the part, remains quite relevant.

Why a bit can jam in an electric screwdriver

No matter if the tool is expensive or cheap, jamming of the clamping device is not uncommon. This happens in several cases:

Unfortunately, in such situations it is not possible to work with an electric screwdriver, despite its working order. It is possible to solve the problem yourself, but in severe cases it is better to apply to a service center for assistance.

How to open a jammed chuck of an electric screwdriver

In the case of the described problem raises the natural question of how to pull the drill out of an electric screwdriver, when jammed element.

At the first step, professionals recommend pouring universal grease of WD-40 type into the chuck (by touching the surface of the jaws). You can also use kerosene or machine oil instead. Similar solutions are recommended to use in any case of jamming.

After 10-15 minutes, the chuck and jaws must be carefully knocked down through the spacer with an ordinary or rubber mallet. The grip usually loosens and the drill bit comes free.

If this does not happen, it is allowed to warm up the chuck with a hair dryer and try to remove the bit again. The method is suitable for owners of screwdrivers with standard and quick-clamp fasteners.

Two adjustable wrenches are also used to remove the bit that has jammed. After the grease is added inside, make quite simple actions:

It is advisable to place soft pads between the parts so as not to damage them while they are being unscrewed.

Warning! In some cases it is quite easy to cope with jamming. it is necessary for the chuck to cool down well after work. This will cause the cams to loosen and the bit to come out easily.

There is another method by which you can cope with such a problem. It is necessary to drop the tool completely into a container with machine oil (even vegetable oil will do) or gasoline for one hour. After this period of time, remove the product and use the described methods to remove the bit from the clamp.

If you can not carry out the procedure yourself, it is better to contact professionals, so as not to spoil the tool.

Basically all models of screwdrivers are quite similar, so the ways of extracting the bit in case of jamming are similar.

Is it necessary to repair the electric screwdriver, if the bit gets stuck there

Regardless of what model of electric screwdriver (Makita, Bosch or Metabo), at the initial stage you can try to remove the bit yourself. It is necessary to pull out the element very carefully, so as not to damage the other parts.

Before removing the bit from an electric screwdriver, it is advisable to carefully inspect the tool. If necessary, you should clean it and then try to remove the bit that is jammed. As a rule, with such a problem, the electric screwdriver remains in working order, so it does not need a complete repair.

Take the tool to a workshop if you can not remove the element yourself, and at further attempts, damage may occur.

With quick-change chucks, it’s pretty easy to remove and insert the drill bits. In such devices, the sleeve is operated by manual rotation. To keep the knuckles from clamping too tightly, they are often equipped with locking elements.

Insert the bit into the chuckboard and make sure it is in good working order before inserting it in the chuckboard. Always disconnect the product from the mains. 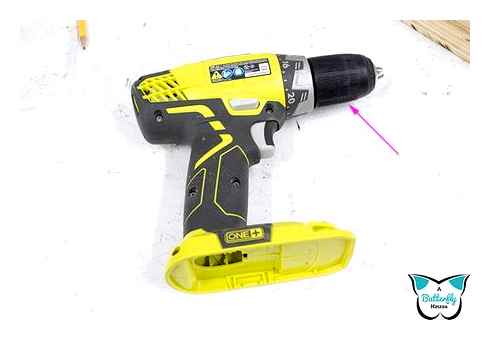 Warning! The bit jamming in the chuck of an electric screwdriver is most often the result of the owner’s fault. To prevent this from happening, it is recommended to service the tool in time, monitor its condition.

It is absolutely essential to prevent debris from jamming in the chuck, and to clean it in good time. When working, make sure the product does not overheat and give it time to cool down. If necessary, carry out additional diagnostics to detect possible problems in time.

It is not possible to remove the bit holder without necessary tools. In order to unscrew it you need to prepare:

Knuckles can not be opened in order to extract the bit or drill bit jammed in the chuck if they are not squeezed evenly. That can cause the bits to wobble and make the attachment unreliable.

The chuck is screwed on and fixed by hand. Use an electric screwdriver for a short period of time. Turn the fastening screw counterclockwise. The screwing process is completed.

Electric screwdriver and its design features

The main components of a cordless electric screwdriver are:

Some models are additionally equipped with LED backlighting, as well as battery charging indicators. Returning to the problems with the electric screwdriver, it should be noted that any of the above elements can cause malfunction of the tool. What is needed for repair? The first step is to find the cause of the malfunction and then decide on the appropriate remedy. The tool can be divided into two parts: electrical and mechanical. Initially, you need to find out what the problem is with the electric screwdriver malfunction: in the mechanics or in the electrics. It is not difficult to do, so let’s consider the breakdowns in more detail.

Identify the mechanical faults of screwdrivers can be identified by such a sign as the audibility of the functioning of the electric motor. When you press the start button, you can hear the motor running, but the tool’s chuck will not turn, or when it does, you hear a characteristic malfunctioning sound.

It should be noted that the small size of the mechanical part of the tool somewhat complicates the repair process of the tool, so be sure to be careful when carrying out repairs.

Now you know the basic signs and types of faults of an electric screwdriver. You don’t need to be an expert to repair it, but just have the tools and time to spare.