What You Can Do From A Screwdriver Engine

Everyone knows such a simple device to use as a screwdriver. Actually, this is a converted electric drill. It can be called a manual power tool, which is designed to screw and unscrew various fasteners. But with its help you can not only unscrew and wrap a screw or nut.

What can be done from a screwdriver?

The screwdriver is a slightly transformed electric drill. It is quite suitable for creating the most primitive motor, drive, or even engine. In addition, this device easily turns into many completely unexpected things, using the principle of its action. A number of examples and non-standard ideas for its application can be given.

How to make a generator?

A small screwdriver with small improvements can be used as a generator, and you don’t need much effort:

You can also use wind energy. This will be called a wind generator. True, the drawback of such a circuit is also low voltage.

Is it possible to install such a wind generator in a constant wind somewhere on the seashore or lighthouse.

How to upgrade equipment?

In the manufacture of an amateur desktop drilling machine, you can also use the details of a screwdriver, namely: engine, gearbox and chuck. It is more practical to fix a drill head (chuck) with just two textolite clamps. It is important that all the holes of the clamps are on the same axis, distortions here are unacceptable. Restrictive racks are made of bushings having an internal thread. The bushings are selected the same size, exactly corresponding to the clearance of the clamps. In addition, it will be necessary to make a textolite collar with two nylon bosses, which is worn on a bar. Then a wooden lever with a spring is installed, which is used to divert the drill head. Power is supplied from a 150-watt transformer, its output voltage should not exceed the characteristics of the units of the power tool used. Still need to install a diode bridge and capacitor.

Screwdrivers can also be used for equipping home workshops. Today we will talk about a lathe-grinding machine, on which you can process or grind small wooden products. A workbench is usually turned into a bed on wood. The main thing is that the table is a perfectly flat surface. The headstock and drive will be our power tool. It is placed in a specially machined wooden form and fixed with a holder, for example, a clamp. If the workbench is not planned to be constantly used as a machine, the tool and its bed are usually made removable, otherwise they are screwed on. A tooth mandrel is inserted into the jig. The tailstock is made of a wooden structure, which includes an adjusting screw sharpened conically. It is installed, given the alignment of both the headstock and tools attached to them. The design of the tailstock is fixed with a clamp. For greater convenience and security, you can install a handyman.

If the home angle grinder fails, then simpler designs for improving the screwdriver are available.

They do not represent any difficulty at all: 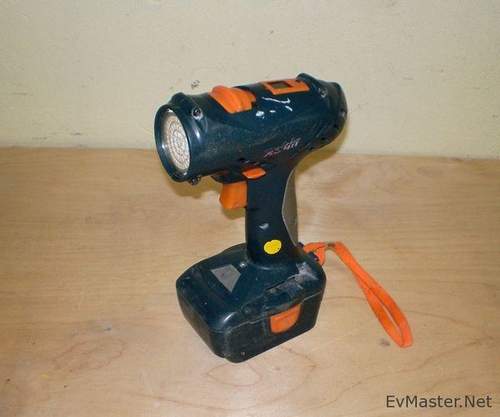 Such a replacement of the grinder with a screwdriver will not be fully effective due to the difference in the speed of rotation of the spindle: for screwdrivers it is approximately three times lower.

Attention! Such improvements require strict adherence to safety measures, as the use of reverse direction of rotation can cause serious injury.