Which Batteries Suitable For a Screwdriver 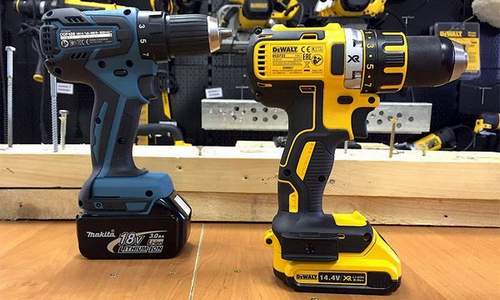 Which battery for a screwdriver is the best

Since this material deals specifically with cordless screwdrivers, before proceeding with the comparison and reviews of the tool, it is necessary to clarify what types of batteries are, what positive and negative sides they have and which one is preferred.

Nickel Cadmium (NiCd). The largest dimensions, which are not always convenient for reasons of compactness, are batteries called nickel-cadmium and are designated “NiCd”. They are quite cheap and work like a clock. Without failures, both at high temperatures and at sub-zero. You can charge them an impressive number of times. But the memory effect present here can serve an unkind service, in order to avoid that such a battery is sent for storage completely discharged to zero. Charging is also carried out only when the battery is completely dead.

Memory effect. This is a loss of battery capacity and, as a consequence, its shorter use in the intervals between recharges. If you do not wait for the full discharge of this battery, it will again begin to recharge, it “remembers”that it was not used up completely and subsequently will not give up all the energy, but only the amount that reaches this border. You have to constantly monitor the battery level. Owners of a tool with such batteries often ignore this moment, as a result, part of the capacity is gradually lost.

Nickel Metal Hydride (NiMH) Batteries called nickel metal hydride are labeled with the letters “NiMH”. They are one hundred percent environmentally friendly and weigh very little. Another significant plus is their ability to work long enough without requiring recharging. The memory effect of these batteries is present, but not as pronounced as in the previous type. Alas. They have a significant minus. This is the inability to withstand frost. Even when it’s only minus two degrees outside, such a battery starts to discharge on its own. Do not store the screwdriver in the garage without heating or in the car trunk. For storage, this type of battery also needs to be charged.

Lithium-ion (Li-Ion). The third type of battery is lithium-ion. Labeled “Li-Ion”. They appeared later than all. In 1991, in mass production, becoming the brainchild of the Japanese corporation Sony. They differ in the absolute absence of a memory effect, large capacity and long charge retention. They weigh forty percent less than the analogues described above. They can be charged in any state. At any charge level. Such batteries are often put on professional models, especially on screwdrivers combined with a drill.

1. What does the battery capacity say? The capacity, the unit of measurement of which is called ampere-hour (A / h), determines the duration of the tool without recharging. Accordingly, they distinguish between household tools (the capacity of which is from 1.3 to 2 A / h) and professional ones with a capacity exceeding 2 A / h.

2. Charging speed. It is important when you need to do work quickly. For a household, not too expensive tool, this characteristic varies from 2 to 12 hours. But models in professional performance can be charged in an hour, or even in half an hour. Typically, such tools have lithium batteries and a pulse charger.

3. Battery voltage The voltage of the battery can vary from 3 to 36 volts. At the same time, the torque on the model at 14.4 V and at 12 V can be the same. In turn, the torque determines the power of the screwdriver and you might think that buying a tool with high voltage is not advisable. In fact, a 14.4 V battery is capable of supporting a maximum power of the tool for a longer period and, as a result, is able to work for a longer time, until the moment when the battery’s charge drop starts to reduce the power of the screwdriver.

Comparison of different types of batteries: