How to Adjust the Screws on a Chainsaw. How to adjust your chainsaw carburetor with your hands

The internal combustion engine (ICE) of a chainsaw is based on the combustion of a fuel-air-oil mixture. To mix the gasoline-oil mixture with air, and then portion it into the combustion chamber, engines are equipped with a rather complex design device. a carburetor. When you buy a new chainsaw, the carburetor already has a factory setting, but over time they become disrupted, and the device that controls the flow of fuel, you need to readjust. Without knowing how the carburetor is built, and not understanding the principle of operation of this module, to perform its correct adjustment will be problematic.

The carburetor of a chainsaw consists of the following main assemblies:

Below is the diagram of the carburetor firm Walbro, which are very often equipped with chain saws. Using this diagram, you can examine in more detail the internal structure of the chainsaw carburetor.

The carburetor may have 2 or 3 adjusting screws with springs. Adjustment screws are designed in such a way that they have needles (cones) on their ends. the screws are right-hand threaded, i.e. they are turned clockwise.

The chainsaw carburetor works as follows.

The main malfunctions in the operation of gasoline saws

Start adjusting the carburetor only after making sure that the cause of the malfunction is due to a malfunction in the. Therefore, it is necessary to analyze the possible causes of failure in the operation of the gasoline motor. Table 1 shows the main malfunctions and their causes for most models of gasoline-powered tools.

Users note the main signs when the carburetor settings are disturbed:

Warning! If you get dirt in the intake system, you will not only have to regulate it. Washing of individual assemblies and parts will be necessary.

The offered video shows a variant of the simplest blowing of the intake system:

Features of the carburetor, strengths and weaknesses

The carburetor on the Partner 350 chain saw has a conventional design that is identical to almost any modern carburetor on a chainsaw with similar power output. Reliable enough to run the engine in all conditions and provide optimum fuel economy. Any unique features that radically distinguish it from other carburetors does not have.

The pros and cons do not depend on the carburetor design but on the manufacturer. Original Walbro carburetors of high quality. Carburetors from unknown manufacturers leave much to be desired, with them as luck. 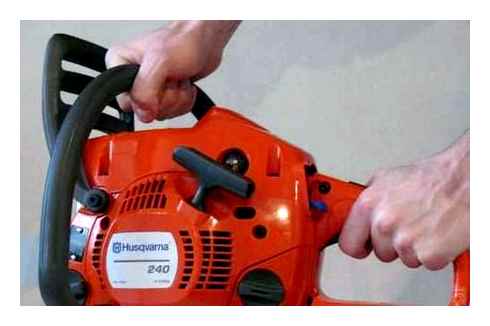 Repair of the carburetor of a Chinese chainsaw

Carburetors costing 500-1000 do not always make sense to repair. Repair kit with a set of gaskets and diaphragm is not much less than the cheapest carburetor, 300-350 A frequent breakdown of Chinese carburetors. failure of the valve injector, and this part in the repair kits are not sold. So it is easier to buy a new carburetor.

But there are breakdowns that can be fixed relatively easily by your own efforts: 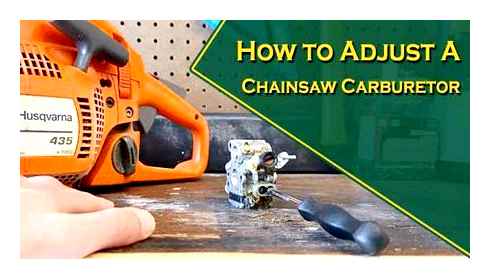 Loss of tightness between parts of the carburetor body or between the carburetor and the engine. Sometimes it is enough to tighten the fastening screws. In other cases, you can remove the carburetor, replace the gaskets, or use with them a suitable sealant.

Obvious mechanical problems. deformation of the wire rod from the throttle lever, jamming of the axles on which the throttle and air flaps rotate, is also not difficult to fix. Straighten the arms. Lubricate axle seating points with a drop of oil and develop free rotation by hand.

Periodically clean carburetor air filter. There are different types. Dust and dirt can be knocked out of some by tapping on wood. Others are washed with a soapy solution. Some require disassembly. The fourth ones are virtually impossible to clean, requiring replacement with a new one.

Features of each chainsaw air filter and maintenance rules are described in the instruction manual for each specific model.

With a filter in the gas tank, nothing can get clogged in the carburettor. If there is still a suspicion that the tiny holes in the jammer are clogged, the carburetor is disassembled. Parts are spread out on a clean cloth, note which one came from which. The holes are blown with a pump or compressor. You can wash the body and parts in kerosene or gasoline.

No need to make the filters in such a bad condition. This greatly affects the performance and life of the chainsaw engine

No petrol in the carburettor: what to do?

The fuel line from the fuel tank is short and uncomplicated. There may be three problems at this point:

Sometimes instead of repairing the breather valve they make a hole in the gas tank lid with a diameter of 0,2-0,5 mm. The disadvantage is that gasoline can leak through the hole during operation, and after work the chainsaw can only be placed on its side, with the gas tank lid upwards.

What is the situation with the repair kits

The repair kit can be purchased at the same outlets where carburetors are sold. They are sold in two configurations:

Other parts are hard to find in a separate form.

Virtually no difference, both visually and internally. At least the carburetor setup is identical.

For a happy outcome of the self-adjustment carburetor chainsaw Huter important to be aware of the principle of action and follow the exact instructions in the manual for its adjustment. And also do not forget that the timely and proper care of the tool will ensure its long life.

Adjusting the carburetor on a Chinese chainsaw

Almost any Chinese chainsaw has the same adjustments as the branded counterparts. The same L, H and T screws are present. Sometimes there are saws that only have to adjust the idle speed. However, according to the reviews of the owners and service workers, not every chainsaw has the carburetor adjusted without any problems. Even experienced repairmen can take a considerable amount of time before obtaining an acceptable result.

Standard for the carburetors “Chinese” is the position of the screw L, when it is one and a half turns loose from the fully clamped position. For screw H. one turn from the same state. In many videos, the L screw is called the mixture quality adjustment, and the H screw. its quantity. The idle speed is adjusted in the same manner as described above, with the engine warm.

How a chainsaw carburetor works

None of the repair activities do not do without knowing the basics of the mechanism device. If you understand the components and how they work, it’s easier to determine the cause.

The carburetor is one of the main functional parts of the engine, which serves to prepare and supply a fuel mixture consisting of certain proportions of fuel and air. As soon as the proportions are violated. the engine begins to “malfunction”, and even stops working at all. 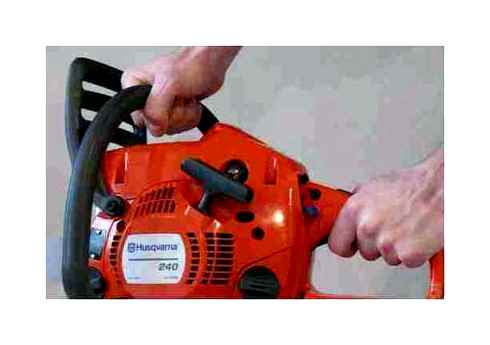 To achieve proper operation of the carburetor can be achieved by studying its “stuffing”:

The diagram shows the interaction of fuel and air flow

Principle: the air jet in the diffuser atomizes the fuel, creating a mixture that enters the cylinder. The higher the amount of fuel inlet, the higher the engine speed. Different carburettor models work according to the same principle.

Adjusting the chain saw carburetor with your hands

Adjusting the chainsaw carburetor allows the tool to operate efficiently at full throttle while saving fuel. Adjustment should be performed with a clean fuel filter and air filter. For more carburetors adjustment is made by three screws: for maximum and minimum revolutions and adjustment of idle speed.

The designation H refers to the maximum revolutions screw controlling the main nozzle, L. the minimum RPM screw that controls the idle speed nozzle. the S screw is used to precisely adjust the idle speed. Sometimes, to simplify adjustment, the number of available adjustment screws of the carburetor is reduced.

Setting the carburetor chain saw is divided into two stages. the basic (factory settings), carried out with the engine turned off. and final, performed on a running warm engine. For the exact rpm setting refer to the instruction manual of the chain saw. Failure to follow the manufacturer’s instructions may result in damage to the engine.

The adjusting screws of maximum H and minimum L revolutions slowly turn clockwise until they stop, and then turn them back two turns, but other settings are also possible

To find the maximum idle speed, turn slowly the screw L in different directions. After finding the position of the highest engine rpm it is necessary to turn the screw L by 1/4 turn counter-clockwise. If the chain is still rotating at idle speed, the T or (S) screw should be turned clockwise until it stops.

the maximum RPM is changed by the screw H. turning it in (clockwise rotation) increases the RPM, turning it out (clockwise rotation) increases the RPM. decreasing. Chainsaw engines have the highest rpm at 11500 rpm. up to 15000 rpm. A higher speed does not provide the ignition and it becomes dangerous for the engine. The idle speed limit can be determined by the ignition interruption. If they come on, turn the screw H slightly anticlockwise.

If the operation of the engine is not checked for acceleration and maximum revolutions then the adjustment of the chainsaw can not be considered complete.

When smoothly pulling the throttle trigger, the engine should confidently and quickly gain speed from idle to maximum ( 2800 rpm and above).up to 11500-15000 rpm depending on the unit). If the speed is slow, with a lag, the screw L should be turned slowly counterclockwise, but not more than 1/8 of a turn.

After adjusting the acceleration and maximum rpm, the saw should be checked again for idle operation. The engine should run steadily and the chain should not move. The adjustment of the chainsaw must be repeated if this condition is not met, but except for the basic adjustment step.

How to adjust the carburetor on a chainsaw

A diagram of how to adjust the carburetor and the recommended position of the adjustment screws is given in the instruction manual for each tool. When getting acquainted with the new saw, it is recommended to perform the tightening of the screws to the end, while counting the number of revolutions, so you can then return to the factory adjustments.

The basic principles of adjustment are as follows:

How to tune a chainsaw carburetor!!

If three conditions are met, it is possible to perform overdrive tuning: