How To Make An Electric Drill From A Screwdriver

Comparison of the characteristics of a drill and a screwdriver

The main functional purpose of the screwdriver is the installation and dismantling of threaded fasteners. If necessary, some models allow drilling holes in different materials.

Diagram of the internal structure of the screwdriver.

The structure of the tool includes a clutch that regulates the amount of torque, or as it is also called # 8211 ratchet. This assembly ensures that work is performed without breaking the splines on the heads of the fasteners. Having set the regulator to a certain position, physically it will no longer be possible to apply more force # 8211, the cartridge in which the bit is clamped will simply scroll.

Another characteristic difference of # 8211 is the presence of a forced spindle braking system. The operation of this system is manifested in the almost instantaneous cessation of rotation of the tool when the power supply is cut off.

Characteristics affecting the ability of the tool to tighten screws or screws of a certain length and diameter, as well as the ability to drill holes of the required diameter and depth:

To work with fasteners, a torque of 10 Nm and a number of revolutions of 500 rpm are sufficient. To make holes, these parameters should already have more significant values: 30-60 Nm and 1200-1300 rpm.

An electric drill is a fairly powerful tool, the main function of which is to make holes in materials of varying hardness. In this case, the torque from the motor shaft is directly transmitted to the # 8211 drill bit.

A drill, unlike a screwdriver, has high rpm and less torque. In some models, smooth control of the engine speed by means of a rheostat is provided, which allows, if necessary, to mount or dismantle threaded fasteners.

Thus, the areas of application of the two tools overlap in some areas. A logical assumption would be the use in some cases of a screwdriver to perform operations related to drilling holes. Additional prerequisites for such use are the low weight of the tool and, accordingly, the lightness and convenience of working with it.

How to make a drill from a screwdriver

Using a household screwdriver as a drill

Diagram of the assembled mini-drill.

It is very simple to turn the most ordinary screwdriver into a drill. The design of the chuck allows for a fairly reliable fixation of drills with a cylindrical shank. It is enough to insert the drill into the chuck of the tool and you can start working.

However, it must be understood that the structural strength is not designed for making holes, especially in hard wood, metal or concrete. When significant axial loads are applied, there will be a high probability of failure of the planetary gearbox, which transmits torque from the engine to the working element or the torque regulator clutch.

Using a household screwdriver as a drill

Diagram of the assembled mini-drill.

It is very simple to turn the most ordinary screwdriver into a drill. The design of the chuck allows for a fairly reliable fixation of drills with a cylindrical shank. It is enough to insert the drill into the chuck of the tool and you can start working.

However, it must be understood that the structural strength is not designed for making holes, especially in hard wood, metal or concrete. When significant axial loads are applied, there will be a high probability of failure of the planetary gearbox, which transmits torque from the engine to the working element or the torque regulator clutch.

How to make a drill from a screwdriver yourself

In order to understand how to make a drill from a screwdriver, you first need to understand at least in general terms what both tools are and how they differ from each other.

Diagram of a cordless screwdriver.

In order to be able to combine the function of screwing screws and drilling holes in the body of one tool, the following conditions must be met:

Tools with similar parameters are already specialized and are called a drill-driver.

The required number of holes can be made in several ways:

The functional range of operations that can be performed with such a power tool extends to drilling holes not only in wood and materials like plaster, but also in brick and concrete. This affects the area typical of the hammer drill.

It is safe to say that the drill driver is a versatile tool for performing repair and decoration works in everyday life.

Ac power allows the use of an electric drill for a long time, but limits the freedom of movement with the tool in space with the length of the supply cable.

Self-powered drills are devoid of this drawback. The rechargeable battery eliminates the need to find a power source, so you can work with the tool without the distraction of pulling the cable and looking for an electrical outlet.

The only inconvenience of drills with an autonomous power source is the need to periodically recharge the batteries, but this drawback is eliminated by purchasing a spare battery.

The power of AC-powered drills is noticeably higher than that of their autonomous counterparts.

We will tell and teach

Consider the most common. A conventional drill and a hammer drill.

To make holes in wood, plastic and other relatively soft materials, a conventional drill is used, which provides the rotational movement of the drill fixed in its chuck.

For concrete and brick, you will need an impact drill, which, in addition to the rotary one, is capable of giving the drill also a reciprocating motion.

This type of drill is universal, since with the impact function disabled, it is no different from the usual one.

The drill-driver will become an indispensable tool for those who, in addition to drilling holes, have to screw (and unscrew) screws or self-tapping screws.

Another type of drill is a drill mixer. Significantly reduces the cost of physical effort and time for mixing paints and preparing mortars.

An additional handle with the ability to install in different positions makes the use of such a drill more convenient and comfortable.

If, instead of a special nozzle, a drill is installed in the drill-mixer chuck, it will turn into an ordinary (hammerless) drill.

The angle drill is mainly used by professionals. Its chuck is located at an angle of 90 0 to the axis of the body, which allows drilling holes in hard-to-reach and places with limited space.

Drill / screwdriver with a classic case, as a rule, is ranked among the professional models. The fact that the transfer of force to the chuck is carried out through a gearbox is indicated by the so-called “tum”. The bit rotates more smoothly and the speed control is much easier. At the expense of “belly” it is possible to hold the power tool with the other hand, which is especially important during long repair work. 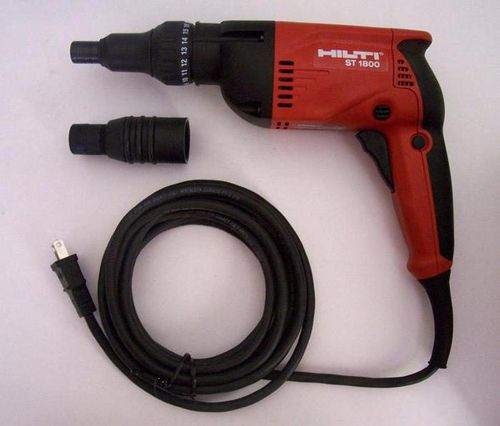 If the task is to choose a cordless drill driver, you need not only focus on the technical characteristics of the device, but also take into account the shape of its body. This is important as it directly affects the operator’s comfort. This criterion also allows you to partially determine the capabilities of the screwdriver.

This indicator indicates how much force the bit can exert on the screw. It depends on which materials it is permissible to use a specific model of a screwdriver. In household models, most often the torque indicator is 10-15 Nm, in professional models. 30-35 Nm. As for the latter, this value consists of the sums of efforts. The device does not pull out the screw or nut instantly, but affects it due to small impulses.