How to thread a heating pipe

In the case when it is necessary to cut a thread on a pipe located close to the wall, where it is difficult to fix it motionlessly, use a special die. It has a long body to center the cutting bar and a ratchet to rotate it.

The ratchet holder is equipped with a heavy body with 3 compartments. A die is installed from below and fixed with bolts. In the middle there is a ratchet mechanism with a pivoting arm. The switch for the mechanism of rotation clockwise or counterclockwise is also installed here.

The upper part is a cylinder for centering the device. It is equipped with three bolts, the axes of which are located at an angle of 1200. By rotating the bolts, the cutting mechanism is centered to the required diameter and the fixture is fixed on the pipe.

In the Russian system of standards, GOST 6357-81 is standardized, according to the international standard it is designated BSPP. All dimensions are in inches. Pipe threads are cut on fittings, taps, nuts and other plumbing fixtures.

The main characteristics of a cylindrical pipe thread:

We bring to your attention a table of correspondence of pipe thread parameters. 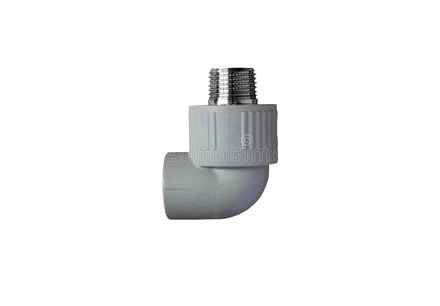 The table shows the most commonly used inch thread diameters for piping systems.

The designation G 1 1/4 “is deciphered as follows. straight pipe thread, right-hand, nominal diameter of one inch and a quarter. The designation may contain the letters A, B, C, which indicate the accuracy class, LH. left-hand.

Description of the thread and its parameters

This is a helical groove that is cut into a round or tapered surface. It is characterized by the following constant parameters: distance between turns, constant geometric shape of the groove, cutting depth. Used to obtain detachable threaded connections in various mechanisms and designs.

The thread can be external or internal. An external thread is cut on the surface of the pipe or rod. Internal runs inside the hole. This can be the inner wall of a pipe, couplings, nuts or other plumbing devices.

Internal threading with a tap and a knob

The use of an electric die

Among professionals, an electric die cutter is used for cutting. This compact device is equipped with cutting heads, like a manual die cutter, but the torque is electrically driven. The principles of operation of the electrical and mechanical mechanism are the same. If you rarely use an electric tool that has a high cost, you can limit yourself to renting it.

See also  How To Cut A Mirror At Home

State standards standardize such types as metric, tubular cylindrical, tubular conical, some non-standard types are known that are not used in household use.

This is the most common type. Its parameters are determined by GOST 9150-81. It got its name from the use of the metric system in the characteristics. Diameter is given in millimeters. It has a triangular shape and a constant profile angle of 600. The designation of a metric thread begins with a capital letter M, then the diameter is indicated in mm, for example, M20.

Adapters, bends, couplings have internal threads, they are screwed onto the pipe without reducing its internal passage. But if you are thinking of making your own pipe fittings, you will need this skill. 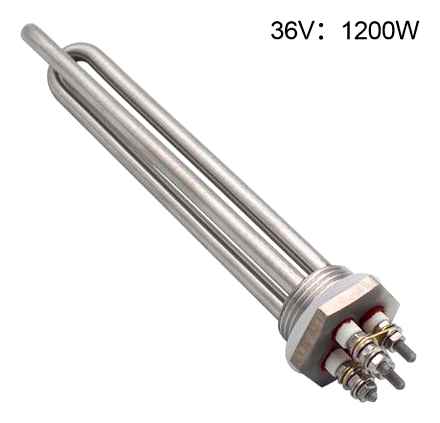 In this case, taps are used for cutting (pictured). It is a metal rod with a cutting part. The edges are made in separate segments, separated by longitudinal grooves for chip evacuation. The tap has a square tail, on which the wrench is put on and rotation is carried out. The set contains two taps, one for roughing, the other for finishing.

Instructions for threading using a die

A die (lerka) is a metal disc with a circular petal hole located in the center. The petals have cutting edges that cut threads to a specific size and shape. The dies are made of metal that is harder than the pipe material. It is high speed or alloy steel.

The job can be done in two stages. First, a rough die is used, then the finishing is carried out. The principle of operation corresponds to the above.

First of all, the instruction requires you to cut the pipe exactly, because in another case the lerka will move obliquely, therefore, the thread will be indistinct, with a knocked down step, or you, by and large, will not be able to catch on the edge.

Here, especially if the blank is at the wall, no markup will help you. for a smooth cut, it is necessary to produce a correct eye. In addition, if you did not succeed in an even cut the first time, then you can constantly trim the larger edge with the same disk, so that in relation to the pipe wall there is an angle of 90?

It is extremely important to pay attention to the condition of the metal. Considering that in most cases such work is carried out with dilapidated water supply or heating, the walls can be corroded, and the cut thread will make them even narrower. Based on this, you should go or get to the “living metal”, as it is in most cases called by the masters, or by and large replace the old pipe with a new one.

On an even cut, you need to chamfer, which will allow the stick to “catch” on the metal, just try so that the bevel is uniform around the entire circumference. so the head will wind up smoothly.

Council. For threading, it is imperative to lubricate the working disc so that the edge does not turn out to be “torn”. For this, machine oils and greases are used, but experience says that the best lubricant in such cases is raw lard, which is used to rub the treated surface.

After you have made sure that the cut turned out to be even and the chamfer was correctly removed, grease the working surface of the blank (you need lard) and put a machine (threading pipe set) on its end. Then you apply the walls with the head to the cut end strictly at a right angle and, pressing from above, slowly, without sudden movements, begin to rotate the handle.

Press to be guided. until the lerka thoroughly bites the metal. for this it is necessary to cut at least one and a half to two rings. Then the pressure can be stopped. the machine will advance thanks to the taken hook.

After you finish cutting the first steps, you need to rotate the machine in the opposite direction. this will allow the chips to be cleaved, since otherwise the movement will be very difficult.

In addition, do not try to walk the entire section remaining at the end of the toe at a time. after two or three turns, give a reverse motion in order to get rid of the chips, and add lubricants as necessary. If you use a ratchet, then before starting work, be sure to make sure that its idle movement is reliable and, if necessary, adjust it with your own hands.

Explanation. A scraper or sweep is called a threading tool for pipes and fittings in the form of a thick plate with a threaded hole in the center. Where there are slots for the formation of cutting edges. A scraper, unlike a die, is a one-piece tool, therefore, the thread is more correct, especially on blanks with a small section. It is possible to cut left or right threads, but there is also a universal version. marked with LN.

How to thread a pipe at home

Today, most of the homeowners, carrying out repair work in a house or apartment, overwhelming for heating and plumbing, prefer to do the wiring with foam, as a last resort. metal-plastic. But the supply of water from the outside (especially, this applies to apartments in multi-storey buildings) is all equal to metal, therefore, the question arises of how to cut a thread on a pipe near the wall.

See also  How to thread an inch on a lathe

Say what you like, but it is quite difficult to do this due to the limitation in free space, based on this, we will draw your attention to some points in order for production, and demonstrate the video in this article.

The technique outlined in this article is suitable for virtually any blank up to 1 “, since it is possible to thread a pipe 1 2 (1/2”) as well as 3/4 “after that. On a larger pipe, the thread is either cut on a lathe, or a fitting (squeegee) is welded to it. Successful work!

We will cut the thread using a special tool. kluppa. This is a die (lerka) for forming a thread, equipped with a seat for a pipe (shirt, shank, etc.) depending on the diameter.

How to connect PVC pipes without a connector

If you are connected to a central water supply system, then using this method is strongly discouraged. high pressure. This requires the experience and skill of a specialist.

How to Apply Teflon Tape the RIGHT Way

How to thread a heating pipe? You will surprise how easy it is!

Threaded pipe connections are still in use. they remained in the old housing stock. If you are faced with metal pipes and you need to form a connection in the heating system, then you can do it yourself. How to cut a thread on a pipe will be described in this photo instruction.

In order to connect to the heating system, 3 threads are enough, i.e. 3 full turns. It should be remembered that the klupp cuts tapered threads, and all plumbing fittings are designed for cylindrical ones. Therefore, for the best result, it is recommended to walk with a cylindrical die after the die.

First of all, you need to trim the pipe. You can do this with an angle grinder or a handheld metal saw.

If there is a thick layer of paint on the pipe, then it must be removed. But you do not need to remove the chamfer on the pipe, otherwise the klupp will not catch on to it.

To facilitate the work, the pipes should be treated with grease: lithol, grease, etc. Some plumbers use lard.

If the pipe is “flimsy”, then we use two keys

We put the clamp on the pipe as shown in the figure. If the pipe is old and there is a suspicion that it is rotten, then it is better to use two gas keys. One will hold the pipe in a static position, while the other will twist the klupp.

Special ratchet wrenches are sold for pipe dies and plugs, but a regular gas wrench is suitable for one-time work.

We twist the klupp clockwise. After making two or three turns clockwise, you need to remove the resulting chips.

Twisting counterclockwise. cutting off the chips

We turn over the gas key and make one turn in the opposite direction.

Repeat the cycle until at least 7 threads have been cut.

How to thread a pipe

How to thread a heating pipe? You will surprise how easy it is!

Feedback from our readers is very important for us. Leave your rating in the Комментарии и мнения владельцев with the reasoning for your choice. Your opinion will be useful to other users.