Stihl 180 Chainsaw Starts And Stalls Cause

Why does a chainsaw stall under load

In some cases, the chainsaw under load is unable to work normally and simply stalls. A common reason for this behavior is improper carburetor adjustment, or air leaks through the crankshaft oil seals or carburetor gasket. And also this behavior can occur due to leaks in the carburetor.

A saw that is unable to operate under load will also be unsteady at idling. They will “float”. Diagnostics begin with a check for leaks in the crankcase and carburetor. If air leaks through the crankshaft oil seals, they must be replaced. If air leakage is detected in the carburetor, the cause can be eliminated by installing a repair kit of gaskets. 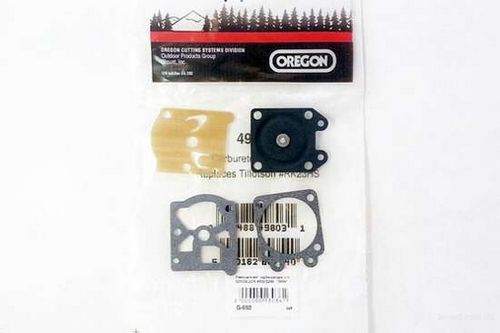 Only after the above actions have not yielded results and the engine crankcase with the carburetor is sealed, you can start adjusting the carburetor.

The reason for this algorithm is as follows, if the air leak from the crankcase is not eliminated, but the carburetor was simply adjusted to normal engine operation, then the fuel mixture will contain more fuel than is required with a sealed crankcase, which in turn will significantly increase its consumption. Also, most likely, carbon deposits will appear in the engine, which will also negatively affect the further operation of the chainsaw.

In some models of chainsaws, to ensure the operation of the fuel pump, special hoses are installed that transmit an air impulse from the engine crankcase to the carburetor fuel pump. If this hose is frayed, the saw will idle unevenly and will not operate at all under load.

, which shows how to replace a defective impulse hose with your own hands on a HUSQVARNA 142 chainsaw, can be seen below. In it step by step the process of disassembling the saw is filmed, the impulse hose is shown and the consequences of its malfunctioning HUSQVARNA 142 are discussed.

The chainsaw starts and stalls cause

Chainsaw owners sometimes have to deal with the fact that the saw, for no apparent reason, stops working normally. We will try to figure out why the chainsaw stalls under various operating modes, as well as describe how you can diagnose a malfunction, in our article.

Why does a chainsaw stall when heated

The situation in which a chainsaw starts up cold, and in the process of heating it can stall, is familiar to many who deal with them. The main reasons for this behavior of the saw are as follows.

Very often you can hear the question why the chainsaw stalls at full speed. There may be several reasons. First, you need to consider how the saw stalled. Suppose the tool worked normally and suddenly, for no apparent reason, it suddenly stalled and the starter did not turn. In such a situation, you can be 100% sure that the chainsaw is jammed and you need to start its overhaul.

See also  What Clearance Should A Chainsaw Candle Have

The second situation is when the Stihl 180 chainsaw worked normally, then gradually lost power in a short time and stalled, while the cylinder overheated. In this case, most likely the reason is air leaking under the rubber pipe connecting the carburetor to the cylinder or its rupture. The mixture was depleted, resulting in overheating. You can eliminate the cause by changing the branch pipe.

Another common reason a saw can stall when revving up is air leaks into the carburetor. It is possible to check this only with a special tool, but it is worth noting that if preventive work with the carburetor has not been carried out for a long time, then a new set of gaskets can be installed in the carburetor. In some cases, this helps to solve the problem with its depressurization.

The reasons why the chainsaw starts and stalls

A chainsaw has long been not a luxury, but a necessary tool for those who have a summer cottage or home ownership. But, like any other technique, this tool tends to fail, despite the simple device.

The classification of the main faults includes:

If the chainsaw does not start at all, the reason may be:

Why does the chainsaw start and stall, what to do in this case? The reasons for this need to be examined in detail.

The chainsaw starts and stalls: the reason

The reason that the chainsaw can stall right after the factory lies in the malfunction of a certain part of the equipment.

Why the chainsaw does not start well and stalls

In case of poor start-up of the equipment “to cold”, the problem may be lack of compression, ie rings are worn out due to a long service life, they need to be replaced. Sometimes the reason that the engine does not start well in an unheated state is a problem with the muffler, as well as poor contact between the plug and the wire.

Also, the reasons for a poor start can be wear or damage to the gasket, rubber cuff in the accelerator pump of the carburetor, which causes an additional flow of air, leading to an increase in saw speed.

See also  How to Disassemble a Stihl 180 For Piston Replacement

The basis of a plant of this kind of model, as well as all other chainsaws, is a carburetor. But since we are talking today about the Stihl 180 chainsaw, we will not deviate from the topic. So. The carburetor in this model has a single adjusting screw, that is, it is a kind of idle stroke adjustment screw. While the fully loaded jet is stationary.

In simple terms, we can say that it simply cannot be adjusted (see here), while the full load setting simply cannot be changed. It is important that the carburetor itself at the factory was configured in such a way that regardless of the actual conditions under which the chainsaw is operated directly, the air-fuel mixture is supplied to the engine itself.