Why The Stihl 180 Chainsaw Stalls

With a defect in the crankshaft bearings, a slight backlash is observed on it. You can check for backlash by shaking the flywheel of the Stihl 180 chainsaw from side to side. If there is a backlash, it means that under the action of its magnets, the flywheel is attracted to the contacts of the ignition coil, since the backlash on the bearings allows it to do this and as a result the spark disappears.

It is better to replace the crankshaft bearings in a specialized service, because when replacing, you will need to completely disassemble the Stihl 180 chainsaw and remove all its main components. 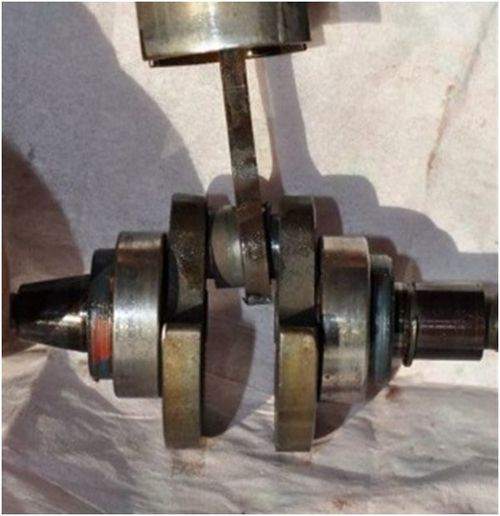 Without some experience or at least the skills of repairing similar chainsaws, it will not work to replace the crankshaft bearings efficiently.

So, we figured out the absence of a spark, but what to do if there is a spark, and there is no answer to the question why the Stihl 180 chainsaw does not start. The reason may be hidden in the fuel system.

For what reasons the Stihl MS 180 chainsaw will not start

The Stihl MS 180 chainsaw is considered one of the most reliable tools used in gardening. But with any technique, there are situations when for some reason it does not start. Let’s take a look at the main problems due to which the Stihl 180 will not start or start poorly, and how to fix these problems.

Why stalls at idle

The first and most common cause of this malfunction is improper carburetor adjustment. You can adjust the idle speed yourself, for this you need to have a Stihl adjusting screwdriver, which is supplied with the unit. The adjustment hole is located on the right side of the Stihl 180 saw on the handle and is marked with “-” and “” symbols.

If the Stihl chainsaw does not keep the speed and stalls at idle speed, you can be almost 90% sure that it has irregularities in the fuel pump operation system, as a rule, it is air leaks into the crankcase through the oil pan gasket, or, much more often, through the oil seals crankshaft. Air leaks reduce or completely stop the impulse, which is fed through special channels to the fuel pump of the chainsaw. As a result, the Stihl 180 chainsaw does not receive the required amount of fuel and stalls at idle.

Diagnostics can be carried out using a special device called a vacuum gauge.

The second way to check the performance of the oil seals is to pour gasoline into the crankcase of the engine and look at them, if the oil seals let gasoline pass, it means they cannot provide normal pressure in the crankcase, which will make idle work impossible. And when operating at high speeds, with leaking oil seals, there is a possibility of jamming of the crankshaft bearings.

See also  How to put a chain on a saw

The algorithm for checking the crankcase and Stihl 180 oil seals for leaks is as follows:

Having disassembled the Stihl MS 180 chainsaw, you can see the oil seals, then you need to fill the crankcase with gasoline and check the leakage. You can fill the crankcase through the fuel window in the cylinder, for this the piston must be raised as high as possible. If leaks are found, it is necessary to replace the defective oil seals, or re-seal the pallet. You can collect Stihl 180 following the reverse sequence of the algorithm.

On the pages of the world wide web, you can find information that the Stihl 180 chainsaw can stall due to strong pollution of the air filter. I would like to refute this not entirely correct information, and inform that the Stihl MC 180 carburetor is equipped with an expansion joint, which is designed and installed in order to take in the air necessary for the normal operation of the Stihl 180 chainsaw, bypassing the contaminated air filter. Of course, the power with a clogged air filter will drop a little, but it will definitely not stall. The power may also drop due to wear of the piston, here it will already be necessary to repair the piston Stihl MS 180 chainsaw.

Why does the chainsaw stall when you press the gas

Let’s say the chainsaw works normally at idle, but when the gas is pressed sharply, it stalls. What could be the reason? It is immediately clear that this is not about the ignition (no spark), because if the ignition is faulty and there is no spark, the tool would simply not start. This means that the fuel system remains.

It is important that if you even found the very cause of the instrument malfunction, this does not mean at all that you can eliminate it yourself. Since there are such breakdowns that can only be corrected by a specialist. If you have carried out a direct manipulation regarding checking and changing the quality of the oil (see oil for the Stihl chainsaw), but, nevertheless, the chainsaw still refuses to start, in this case, you must continue the search.

But if you fully performed all the manipulations prescribed above and did not miss a single nuance, but nevertheless the instrument has not yet been corrected, then in this case the problem lies in the group, which is called cylinder. But if you still could not “bring back to life” your iron friend, then simply take the chainsaw to a service center where your device will be repaired. Also, do not forget to take care of the engine to find out the ratio of gasoline and oil for chainsaws, read this article.