How To Charge A Screwdriver

Making a charger for a screwdriver with your own hands
Types and types of chargers. How they work. Simple schemes for self-repetition. Methods for charging a screwdriver battery without a charger.

Making a charger for a screwdriver with your own hands

When using a screwdriver, users often encounter damage to the charger (charger). First of all, this is due to the instability of the parameters of the electrical network to which the charger is connected, and secondly, with the failure of the battery. This problem is solved in two ways: buying a new charger for a screwdriver or repairing it yourself.

Nickel-cadmium batteries do not have problems when charging at high speed. Such batteries have a high load capacity, a low price and easily tolerate work at sub-zero temperatures. The disadvantages include: memory effect, toxicity, high self-discharge rate. Therefore, before charging this type of battery, it must be completely discharged. The battery has a high self-discharge rate and discharges quickly even when not in use. Currently, they are practically not produced due to their toxicity. Of all types, they have the smallest capacity.

Nickel metal hydride is superior to NiCd in all respects. They have less self-discharge, less pronounced memory effect. With the same dimensions, they have a large capacity. They contain no toxic material, cadmium. In the price category, this type occupies an average position, therefore, it is the most common type of capacitive elements in a screwdriver.

Lithium-ion is characterized by high capacity and low self-discharge. These batteries do not tolerate overheating and deep discharge. In the first case, they are capable of exploding, and in the second, they will no longer be able to restore their capacity. They are also capable of working at subzero temperatures and have no memory effect. The use of a charger with a microcontroller made it possible to protect the battery from overcharging, thereby making this type the most attractive for use. They are more expensive in price than the first two types.

Besides, the main characteristic of rechargeable batteries is their capacity. The higher this indicator, the longer the screwdriver works. The unit of measurement for capacity is milliamperes per hour (mAh). The design of the battery consists in connecting the batteries in series and placing them in a common housing. For Li-Ion, the voltage per cell is 3.3 volts, for NiCd and NiMH. 1.2 volts.

Another simple device can be performed on the available elements. This circuit operates on two transistors KT829 and KT361.

The value of the charge current is controlled by the KT361 transistor to the collector, which is connected to the LED. This transistor also controls the state of the KT829 component. As soon as the capacity of the battery begins to increase, the charge current decreases and the LED, accordingly, smoothly goes out. Resistance R1 sets the maximum current.

The moment the battery is fully charged is determined by the required voltage on it. The required value is set with a variable resistor of 10 kOhm. To check it, you need to put a voltmeter on the battery connection terminals without connecting it itself. Any rectifier unit designed for a current of at least one ampere is used as a constant voltage source.

In order for the battery to last a long time “like a clock”, you must first familiarize yourself with the instructions attached to the device. It should be noted that screwdrivers differ not only in price, power, manufacturer, but are also divided into professional and semi-professional. Accordingly, batteries will also have different prices, quality and charge capacity. Professional types are equipped with more capacious power supplies, which will cost one level more, but will also last longer than normal ones. Manufacturers use various batteries in the manufacture of their devices, each of which is endowed with certain parameters and features that should be taken into account during recharging. Batteries for screwdrivers can be classified into the following types:

They are considered the most powerful batteries. They charge quickly enough, and they also have a complete lack of memory effect. Recharging this type of battery is easy. There is no need to recharge it after a complete discharge, it is allowed to recharge it as needed. The high cost and intolerance to low temperatures discourage many people from buying, so they are not too in demand. Charge batteries at temperatures between 10 ° C and 40 ° C. If the battery heats up during charging, it must be cooled to avoid further damage.

Nickel cadmium battery is endowed with compact dimensions and large capacity. By following the attached instructions, they can be recharged over 1000 times. There is a memory effect, if you charge it before a full discharge occurs, this can lower energy consumption. Before the first use, you need to charge and discharge the battery at least three times. In the future, it is also recommended to completely discharge and charge the device, this will make it possible to bring the capacity to the required operating state. The same rule applies when storing the instrument.

They belong to the latest generation of batteries, for this reason, the memory effect is somewhat weaker than the previous version, which is an undoubted advantage. The disadvantage of the NMGB is the highest self-discharge current. In order for the battery to function for a long time, it must be kept charged. In case of long-term non-use of the screwdriver (about a month), it must be completely recharged.

As you can see, each rechargeable battery is endowed with characteristic features, given which, it will be possible to properly charge the screwdriver.

How to properly charge a screwdriver

The screwdriver is one of the most demanded tools used by professionals and amateurs. Using power screwdrivers is not always convenient, especially if you are away from 220 V. With a cordless tool, this problem is solved, you can move freely with it without dragging the cord along.

One of the main elements of any cordless tool is the battery, which ensures autonomous operation. But how to properly charge the battery so that it lasts as long as possible? Further in detail in the article.

Should I charge before long-term storage?

Don’t use a screwdriver battery for a long time? Experts give the following recommendations.

There is nothing wrong with that, but you should be aware that the manufacturer saves as much as you do. Consequently, the most expensive unit (namely the battery) will be the cheapest when bundled.

As a result, we get an excellent tool with a serviceable motor and not a worn gearbox, which does not work due to a poor-quality battery.

There is an option to purchase a new set of batteries, or replace faulty batteries in the unit. However, this is a budget event. The cost is comparable to buying a new screwdriver. 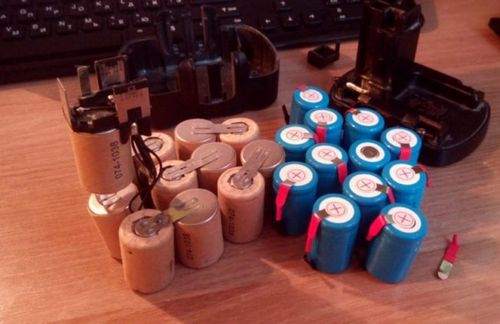 The second option is to use a spare or old battery from the car (if you have one). But the starter battery is heavy, and using such a tandem is not very comfortable.

If your tool is not too powerful, you can place the power supply in a handle or case from damaged batteries.