Which Batteries Are Suitable For A Screwdriver

Different batteries have different characteristics: duration, efficiency, tool productivity and the like. Before solving the problem with the question “Which batteries are better: ni cd or li ion for a screwdriver?”, We will analyze in detail each type of battery pack.

Most often, a nickel-cadmium or lithium-ion battery is installed in the electric screwdrivers. There is also Ni-Mg storage, which has its own merits.

However, nickel-metal hydride batteries are rarely installed in screwdrivers, because when charging, electrolytes are heated too quickly. It is also very noticeable during continuous work with the tool. 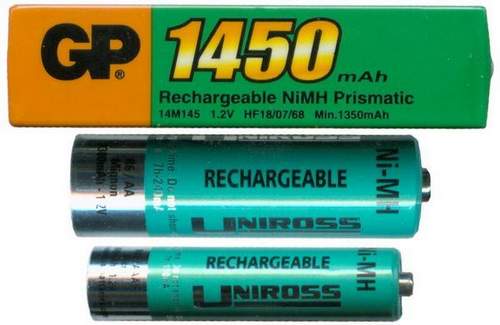 If you do not take into account the tendency to strong heating, Ni-Mg batteries have the following advantages:

However, they are not able to compete with Ni-Cd and Ni-Li batteries. Therefore, it is not recommended to use batteries because of low efficiency.

People blame cadmium storage batteries for being older. However, despite numerous condemnation, these blocks have high rates. For example, they are more capacious; during operation, they do not heat up as much as the same nickel metal hydride battery cells.

If you choose a battery cell for an electric screwdriver, based on its practicality and productivity, then Ni-Cd is much better than Ni-Mh. At the moment, they are the most common type of battery, not only for electric screwdrivers or drills, but also for other household appliances.

First of all, remember that nickel batteries are not afraid of a complete discharge of cells. Therefore, during operation, discharge the storage unit to the very end.

After discharge, you can put the battery on charge, because it will not lose its capacity.

It is recommended to store the batteries in the discharged state, because the reversible loss of capacity, or the so-called “memory effect”, will be less pronounced.

During storage, you do not need to recharge the battery. Reversible loss of capacity is not a strong threat to the battery. To reduce the damage from the “memory effect”, it is recommended that you fully charge and discharge the battery several times. These manipulations will help reduce reversible capacity loss.

Currently, most lithium-ion batteries are equipped with special sensors to monitor the heating of cells and the level of charge.

What are the advantages of a Li-ion battery? Comparing them with nickel-cadmium and nickel-metal hydride batteries, we can note that they have the following advantages:

Rechargeable lithium batteries have several disadvantages. For example, they are more sensitive to even the smallest power surges during recharging.

In contrast to cadmium, lithium-ion is more sensitive to low temperature, especially when leaving a warm room on the street in frost.

Of course, any type of battery is more or less sensitive to sharp changes in temperature, but knowledgeable masters say that lithium-ion is the most fastidious.

Lithium-ion batteries lose their declared capacity faster if they are not used for a long time. Their service life is not more than two or two and a half years.

Both types of battery cells are good. However, the choice of type of battery pack depends on the purpose of use.

The main difference between lithium-ion batteries (Li Ion) and nickel-cadmium (Ni Cd) is the number of rotation cycles. Li Ion has 1,500, and cadmium has 500.

At first glance, it seems that Li Ion is much better, because the number of cycles is 3 times more. However, it is not. When choosing a battery, be aware that cadmium battery wear depends on the cycles used. And the life of Li Ion batteries is from their age.

Cadmium ones have been used for 7-11 years, and Li Ion will not work after 5, regardless of whether they were used or not. Therefore, it is not recommended to buy several lithium blocks “for the future”. They will all malfunction.

Nickel-cadmium batteries, in turn, will live much longer if stored properly. This rule works even when a screwdriver with a Ni-Cd battery has not been used for a whole year.

On the contrary, if a b / e screwdriver is equipped with a nickel-cadmium battery, then it saves up to 55-60% of its charge. Even if it was not used.

If you do not use a power screwdriver or drill very often, then Li Ion batteries will most likely die “from old age.” Therefore, if you are not a professional craftsman who uses a screwdriver daily, then buying a Li Ion battery does not make sense.

Lithium needs constant charging, because the main storage conditions are at least 60% of the energy. If lithium is not recharged regularly, then it is highly likely to collapse prematurely even when stored properly.

Which batteries are best for a screwdriver? If the screwdriver is operated once or twice a year, nickel-cadmium batteries will be more suitable. If the tool is used every day for several hours, lithium-ion battery packs are recommended.

The batteries will serve the required number of cycles and “launder” the money spent on them. Do not buy lithium if it will not be used often. This money is wasted.

However, if the instrument is used under freezing conditions, it is recommended to use a cadmium battery.