How To Check The Battery Of A Screwdriver With A Multimeter

How can you quickly check the battery of a screwdriver?

Recently, the screwdriver has become a fairly popular tool. For convenience, many tend to purchase a screwdriver powered by a charging battery. Over time, of course, the question arises: how can you check the battery of a screwdriver? 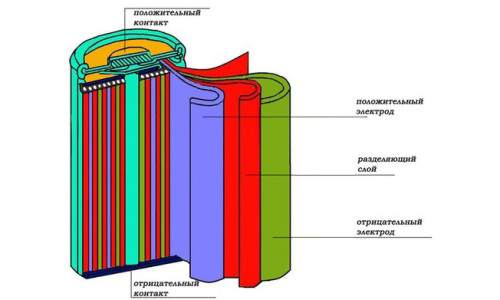 Diagram of a nickel-cadmium battery for a screwdriver.

All batteries have a certain self-discharge value, i.E. Discharge no load in storage conditions. So, self-discharge of nickel-cadmium batteries can reach 20% within a month of storage, nickel-metal hydride. Up to 30%, lithium-ion. Up to 8%. It is recommended to check the self-discharge by measuring the voltage every day for a month.

Checking for the presence of a “memory effect” is advisable, as it helps to eliminate its harmful effects. It is carried out by carrying out several (3-4 times) cycles: full discharge-full battery charge. The battery can be discharged through the load, which is a 12-volt light bulb. The residual operating voltage and the open circuit voltage are measured. With repeated such trainings, the “memory effect” should disappear.

The performance of each battery can is more likely to be assessed by comparing the cans by their internal electrical resistance. This parameter clearly indicates the reliability of the battery. The resistance value is determined by calculation as a result of dividing the operating voltage by the operating current strength minus the load resistance.

The operating voltage is necessarily measured under load, and a resistor with a precisely defined value of its own electrical resistance should be used as the load. It is possible to recommend a resistor with a resistance of 10 ohms and a power of 25 watts to create a load. The check is carried out for each bank separately. The operating voltage and current are measured.

The most common type of battery. They charge quickly enough and have a good volume. They are distinguished by their durability and resistance to external influences. The average number of charge / discharge cycles can reach 3500. When using accelerated chargers, the battery does not wear out faster and can last for a long time. Separately, it is worth noting the cheapness of such batteries and the ability to operate at temperatures below zero.

But there are also disadvantages, the main one of which is the so-called “memory effect”. Batteries are quite toxic in the event of failure and have a high self-discharge rate. Due to toxicity, manufacturers are now trying to rapidly reduce the percentage of such devices.

To prolong the life of such a battery, it is recommended to completely discharge it before recharging.

To check the power supply of the screwdriver for performance, you just need to take off the current and voltage indicators at the time of charging. Over, it is necessary to repeat the procedure several times in order to obtain the most accurate values.

Stages of voltage rise U:

Such observations indicate that the battery is completely intact and functional. In most cases, no further analysis is required.

At the same time, for a working battery, the current strength will also steadily increase within an hour after the start of charging. If after an hour the indicator has reached a value of 1 A, then this indicates the health of the device.

There is also a method of accelerated battery testing, which consists in measuring the voltage at no load (no load). This voltage must reach the required value, which is directly related to the operating voltage of the battery cells (cells). If the indicator is lower, then there is a high probability of failure of one or more elements.

A separate type of battery capacity test with a multimeter from a screwdriver can be considered load testing. Here, additional equipment is used that needs recharging. Incandescent lamps are ideal for this. The power of such a lamp must correspond to the power of the battery. Otherwise, the test results may not be accurate enough. In most cases, the power is equal to half the current that the battery delivers multiplied by the voltage. For standard screwdriver batteries, 12 V lamps are used for testing.

The battery is connected to the load through a multimeter, which is then used to take readings. After a few minutes, you need to measure the voltage. It should be higher than 12.4 V. If this value has not been achieved, then there is clearly some malfunction. Additionally, it is recommended to pay attention to the brightness of the light bulb. It should be reasonably stable.

How to check the battery of a screwdriver with a multimeter?

During intensive use of the screwdriver, there is a possibility of breakage. And one of the most vulnerable parts is the battery. Let’s consider how to check the battery of a screwdriver for performance using different methods.

How to check the leakage current

The battery can self-discharge, even if its terminals are not connected to electricity consumers. The self-discharge rate is indicated in the documentation for the battery and is a natural process. The loss of electricity can be especially noticeable in acid batteries.

In addition to natural electric current leaks, there may be areas in the circuit that are wet or with thinned insulation. In this case, even at the moment when all electrical consumers are in the off state, an additional leakage of current occurs, which can lead to a complete discharge of the battery, and in some cases, to a fire in the damaged area.

Especially, such a phenomenon can be dangerous in the on-board network of a car, in which the entire body and units are a negative conductor, on which there may be a sufficient amount of flammable substances to form an open flame even from a small spark or electric arc.

To identify such “unauthorized” consumption of electricity, it is necessary to turn off the ignition of the car, as well as turn off the devices operating in the “standby mode”, such as a radio tape recorder and alarm.

The red probe of the multimeter is connected to the “” battery, and the black one, with the disconnected terminal. At this point, there should be no readings at all. If the multimeter shows any value, then the leakage current is significant, and it is necessary to make a detailed diagnosis of the vehicle’s on-board network.

Similarly, leakage measurements are made in other electronic systems. When carrying out diagnostics, care should be taken, and if you suspect a significant electrical leakage, which is manifested by arcing when disconnecting or connecting a terminal, you should refuse to measure the leakage current with a multimeter.

If you neglect this rule, then you can “burn” the device, which is not designed to test large values ​​of current strength.

What parameters can I check?

With a multimeter, you can measure the voltage with high precision. By the magnitude of the electric voltage, you can determine whether the battery is charged or the cell needs to be charged with a constant current.

Using a multimeter, you can check the voltage not only of acid batteries, but also batteries of cell phones. To check the cell phone for the amount of battery charge, the device is switched to the DC current measurement mode up to 20 V. In this mode, the digital device allows you to measure the voltage with an accuracy of hundredths of a volt.

The battery of the screwdriver can also be easily checked with a multimeter. The rated voltage of the device, in this case, can be found in the documentation of the power tool, and if the voltage is less than this value, then the battery must be charged.

The battery capacity can also be checked with a multimeter. There are several ways to do this.

Thus, you can prevent the rapid discharge of the battery and increase its service life.

If the measurement difference does not exceed 0.05 V, then the battery is in good condition.

In the case when the value of the voltage drop is greater, the internal resistance of the power source will be higher, which will indirectly indicate a significant deterioration in the technical condition of the battery.

Thus, it is possible to fairly accurately check the power source for serviceability.