How to cut a hole in the laminate for a pipe

Corrugated tubes are the most efficient material, thanks to their flexibility.

The use of corrugated pipes simplifies the insulation process.

Not so long ago, the winding for heating pipes used simple metal pipes. 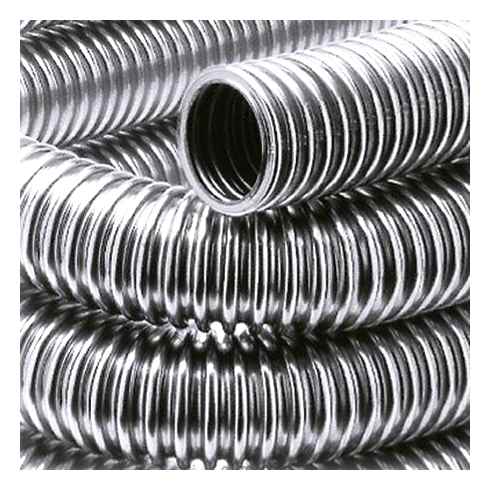 Laminate was laid in a Khrushchev apartment, where the floors are made of boards. The easiest and most economical way to level a floor is to lay it with plywood. Over the years, the floorboards in these houses wear out, begin to creak, the boards are bent and there are irregularities.

Before you start laying plywood, you should screw the boards with self-tapping screws at their joints with the joists. This way you can reduce squeaks and even out some of the unevenness. For this we need wood screws about 70mm long. The process is rather labor-intensive and it’s hard to do such work with a cordless screwdriver. First of all, the battery under such loads will run out very quickly. Secondly, you will need a fairly powerful screwdriver. Therefore, I recommend using a drill or a torch in drill mode with a special head for the bit.

After you screw in all the sheets of plywood with self-tapping screws, you need to go over and identify places where there is a creak or the plywood is “walking”. Such areas will have to be additionally fixed.

How to circumvent the obstacles of installing laminate flooring?

Last time I stopped there, I promised to show you a way to bypass the pipes going to the radiator with the bottom connection. Many people think it’s very simple. Really, what’s so intricate. take a jigsaw, and cut, as God would have it. But many people forget that the appearance of such a cut is not at all aesthetic, and there is nothing to repair the defects in the laminate. Many people know how to do it culturally, but in this case, when the holes are on one panel of laminate. It so happens that the holes fall on the neighboring panels. This is the hardest case and how to get out of this situation with dignity I will show.

From it, the problem! It’s a good thing I was able to approach the pipes with a little ponytail. If I screw up, it’s not going to be the entire panel. In the photo you can see that first I put a mark in the center of the pipe on this very tail. At the same time it is necessary to visually align the edges of the trim and the last panel.

I connect the scrap to the trimmer and make further marking as if it were a real whole laminate panel! Why is it necessary? The thing is that I will cut holes for pipes with a radial wood saw, which has a central drill. And of course it needs a fulcrum, like Archimedes did for a lever.

Well, surprised! We’ve seen this thing a hundred times!. many people will say. Right. Such saws are often used not only by professionals, but also by craftsmen and amateurs. That’s very handy. The saw holder has many channels of different diameters, designed for different diameters, and the saws themselves in the kit are also many and cover a range of diameters from 20 to 70 mm. In most cases, this is quite enough. It is possible to cut holes with this saw not only in laminate, but also in wood, plasterboard and even in foam concrete and plastic!

I saw two holes of the right diameter. Given the fact that the construction of heating pipes too deeply sunk into the screed and leaving only on the outside PPP transitions to connect the metal valve supply and return to the battery instead of leaving a small stock of pipe, I take a saw blade with a diameter of 40 mm. And if we’d done it right, we would have needed a 20 mm saw. As you can see in the photo. we got two neat holes. The middles will no longer be needed.

Laying the laminate around the pipes. Simple, quick, beautiful!

I now disconnect the trim and trim and make two more cuts to highlight the insert that will go behind the pipes. You don’t have to do this part. After all, behind the pipes will go plinth. But it won’t cover the whole distance from the wall to the pipes. That’s why it’s better to spend a few minutes to make it look nice.

Now it’s time to assemble. No, not rocks. the laminate flooring in pieces. You can see in the photo that I mounted the trim and the part I cut last. Of course it’s possible to make a mistake when marking or the saw could miss by a couple of millimeters to the side. You don’t want to be disappointed. It’s possible to touch up the details with the jigsaw.

I finish the job by laying the next row of laminate. I cut the last panel to size to a 10 mm tolerance. I saw a hole for a pipe in it and put the whole thing together. I intentionally showed the parts separated in the photo. The back insert will be held in place by a piece of the groove left on it. But even if there’s nothing on it, it’ll be pressed tight with the skirting board and can be glued with liquid nails.

How to make pipe holes in different places

Installing pipes of any kind, from heating to ventilation, requires overcoming an obstacle such as a wall or the floor if we are talking about a sewer. And make a hole under the pipe has not only through the partition itself, but also through the finishing material. You have to act in different ways.

How to bypass the pipe when installing a laminate flooring?

If you have to bend a heating or plumbing pipe when laying a laminate, you must make a laminate board template from cardboard or drawing paper, and attach it in place. Carefully trimming the board template, you can make an exact mating of the pipe and the laminate board. Then once again checking that the template is trimmed correctly, you must cut out the exact match to the template on the real laminate board using a jigsaw or/and a hacksaw, rounding off the smooth mowing lines with a rasp or a circular file. But it will still be necessary to leave a small 2-3 mm gap and then close this place with a decorative overlay. After laying the cut board, continue laying the laminate flooring in the usual manner.

Naturally, the laminate is not linoleum and a man who is laying a very expensive coating, wants to make everything beautiful, as they say for the soul!

If the pipe is adjacent or not far from the wall, I think it is clear that you need to make a template of cardboard, as much as possible to fit it, transferred to the laminate board, cut out, arrange, and close the minor defect with a decorative ring!

But it’s clear, there as they say everything is clear, but if the pipe at a considerable distance from the wall that cutting a long hole, then dummy pieces. So it’s going to be a hell of a thing!

No!, in this case it will be necessary to spoil one of the pieces of laminate by cutting off the side lock at the required distance from the wall, and it is possible that you already have leftovers of this size. here it will be necessary to cut holes from the two halves, so that the locks will close forming a perfect circumference of the pipe. Of course you have to make a template first and then cut the laminate.

See also  How to cut a polypropylene pipe without scissors

It looks like this, see photo, and after the joint is closed with decorative rings.

When we install laminate flooring in our home we sometimes meet some obstacles such as pipes, for example. How to get around them? When we have reached the pipes, we should measure where in the laminate to cut the holes. It is best to take a sheet of paper, put it in place and mark the intended holes. Then you transfer this template to the laminate and draw a circle. Now you can cut with a drill with a pen of the desired diameter. Then with a metal hacksaw we saw the laminate in the center of the cut out circle. Now you can lay the laminate flooring, as shown in the picture.

Laminate in the doorway

When installing near the doorway a contradiction occurs: on the one hand it is absolutely necessary to observe the gap of the laminate from the wall, on the other hand. Not just any trim will cover such a gap. However, there is a way to reconcile these contradictions.

Before laying, the walls at the place of attachment obnalichki processed to form indentations. This way both the trim covers all the cut edges of the panels, and there is a gap under the trim.

It is possible to make hollows both with and without doors already installed. If the height of the door frame does not allow the laminate, the box is filed with a hacksaw with a fine tooth.

When the walls of the opening are made of plasterboard, recesses near the trim are made in several movements: in the right place, the plaster is cut with a sharp knife.

If the room is warm and comfortable. it is a guarantee of normal life. Properly chosen, clamps, adapters, heat pipe and other components for installation and repair of heating pipes increase the reliability of its work. Conducting a quality repair depends not only on the professionalism of the master, but also on the selection of components for the pipes. On this we will try to convey to you as well as possible what accessories for heating pipes and what they can be made of.